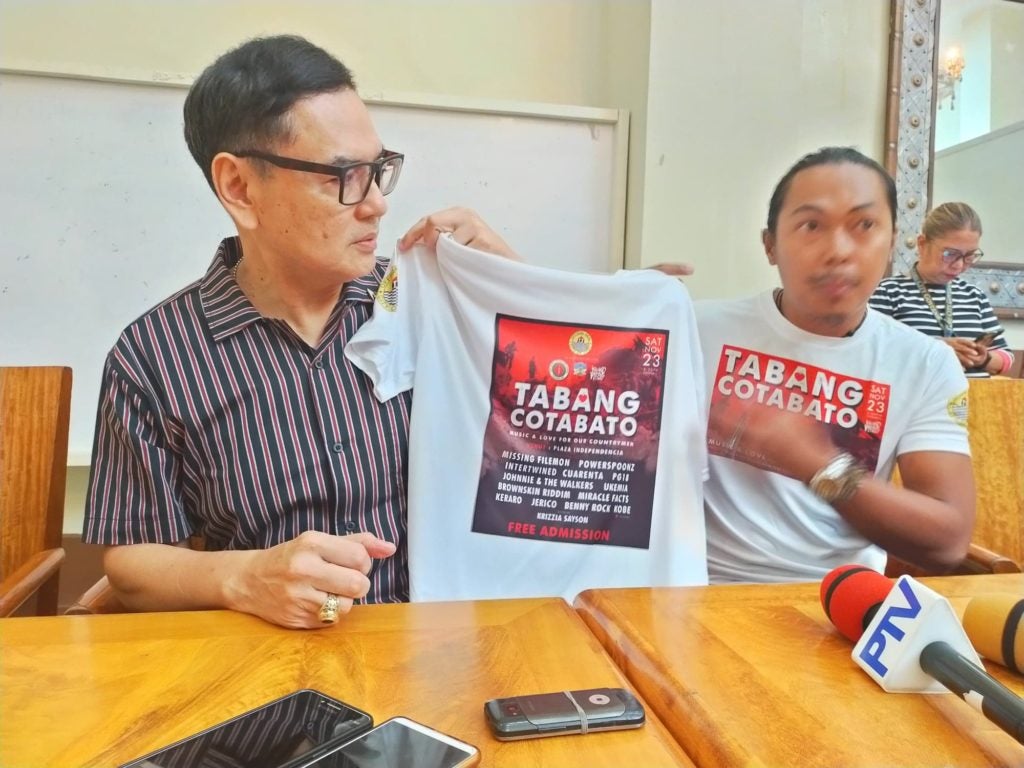 CEBU CITY, Philippines — A group composed of Army reservists, Cebuano bands and a business process outsourcing company will hold a free concert on Saturday to raise funds and gather non-financial assistance for earthquake victims in Mindanao.

The concert, dubbed as “Tabang Cotabato – Music & Love of Our Countrymen,” is spearheaded by the 1901st Infantry Brigade Ready Reserve, in coordination with Island Vibes and Qualfon Philippines.

Yup Julia, creative director of Island Vibes, said that 14 bands would be participating in the concert free of charge.

These bands have cancelled their gigs scheduled this coming Saturday so they could join the free concert, Julia said.

“We can’t give much but we can contribute our talents,” he pointed out.

More than 20 bands wanted to join the Tabang Cotabato concert but they could only accommodate 14, Julia said.

While the concert is free, the group would be accepting donations of any kind.

“We are requesting those who will attend the concert to donate any amount, even P1, or a bottle of water and clothes,” Espina said.

According to Julia, those who want to donate can turn over their donations at a designated booth located at Plaza Independencia, the concert venue.

On the other hand, Qualfon is also accepting donations at the ground floor of Skyrise 3 at the Cebu IT Park, where they have their office, said Flory Logan, Qualfon customer experience coordinator.

Espina said they would be turning over the donations to the Armed Forces of the Philippines Central Command, which will distribute these to the earthquake victims.

The concert will start at 6 pm on Saturday, November 23 at Plaza Independencia./dbs