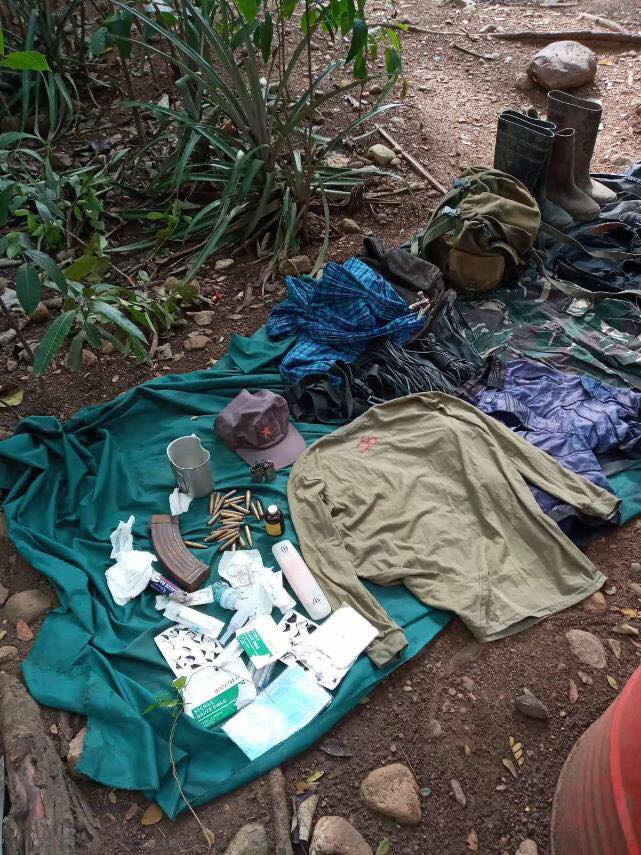 Ammunition for an AK-47 rifle, and personal belongings of suspected rebels are recovered at the encounter site in Barangay Caradio-an, Himamaylan City in Negros Occidental on November 24.| Contributed photo

According to a military report, the rebels withdrew from the area towards the direction of Barangay San Antonio and Sitio Cunalum in Barangay Carabalan, both of Himamaylan City after the 11:20 p.m. firefight.

The report also stated that government troopers had no casualties, but bloodstains were found at the encounter site causing the soldiers to believe that there were casualties on the rebel’s side.

Recovered from the the encounter site were 23 rounds of serviceable 7.62 ammunitions for AK47 rifle, an AK47 magazine, two pairs of rain boots, a pair of BDA pants and a sweat shirt with a CPP logo printed on it.

This is the second encounter between the government forces and the suspected NPA in Negros Occidental in the last two days.

On November 22, 2019, soldiers arrested a suspected rebel and another person, who was wounded and captured after a firefight between soldiers and rebels happened in Barangay Cansalongon, Isabela, Negros Occidental.

These encounters happened after the Armed Forces of the Philippines and the Philippine National Police conducted joint pursuit operations against the suspected rebels who allegedly harassed and intimidated the village captain of Tinongan, Isabela and his family.

“They are now in a very desperate move that always led them into frustrations and embarrasments. This is a clear sign of their downfall”, Lieutenant Colonel Egberto Dacoscos, Commanding Officer of 62nd Infantry Battalion (IB) said in a statement.

The joint group of soldiers from 62nd IB, 31st  Division Reconnaisance Company and police officers from the Regional Mobile Force Battalion -6 (RMFB-6) made up the force that were involved in the firefight in Sitio Tagmanok, Barangay Caradio-an. 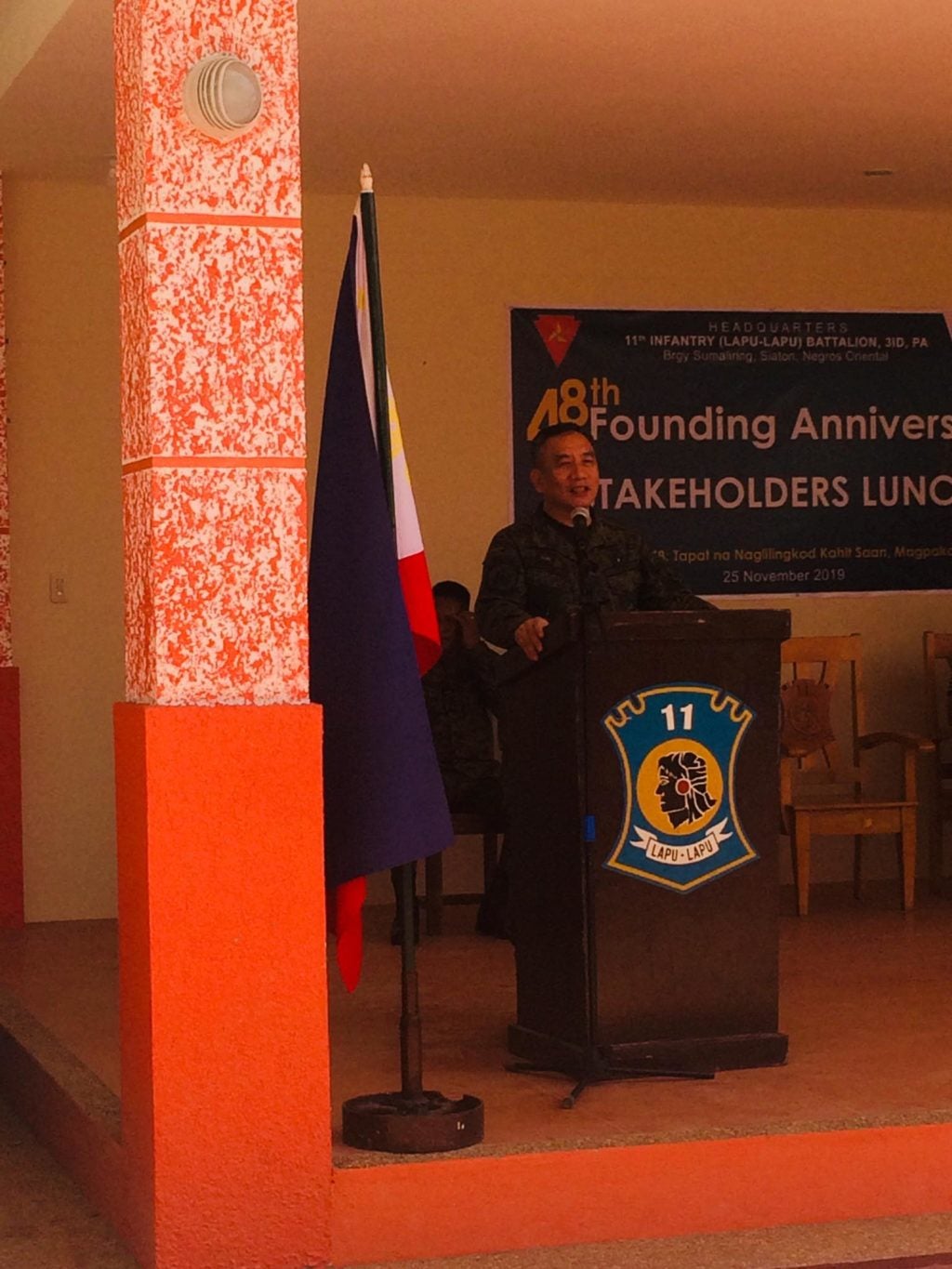 Major General Roberto Ancan, commander of the Central Command, is calling on rebels to surrender or be pursued and killed by government forces. Ancan made the call during the 11th founding anniversary of the 11th Infantry Battalion. | Florence Baesa

On the other hand, Major General Roberto Ancan, commander of the Central Command in a message this morning during the 48th founding anniversary of the 11th Infantry Battalion here called on the insurgents to surrender  or else the security forces will enforce the full force of the law.

According to Ancan if the rebels will “lay down” their firearms they will live  normal lives with their families.

“But if you will not, we will really go after you and kill you and will kill you again,” Ancan said.

Read Next
Collaboration among academe, industries needed to prepare teachers, students for 4IR