Continuation of Colon Night Market to be assessed in February 2020 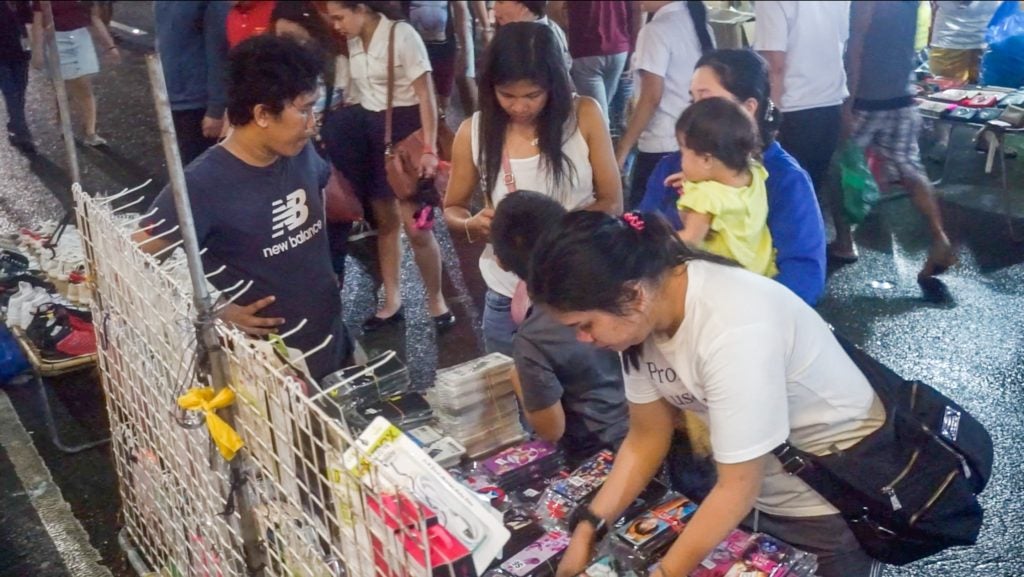 CEBU CITY, Philippines –The Colon Street night market in Cebu City may not last that long.

This was the pronouncement of Jonil Mantugina, the head of the Cebu City Market Authority, on December 5, 2019, three days after the night market opened once more.

Mantugina said the night market is only scheduled to last until the end of January 2020. After that, it will be assessed for its functionality, considering factors such as traffic, long-term viability, and security.

Read: Colon street vendors’ Christmas wish: A spot back on the sidewalk

He said that so far, the night market is booming, even if they have not yet put up all 500 stalls as some of these stall owners are still processing their requirements.

“Hapsay ra ang atong night market karon. Malinawon ra gyod. Tan-awon nato kon pwede ni magdugay. (The night market is in order. It is peaceful. We will see if we can let it operate longer),” he said.

The stalls are directly operating under the Market Authority with the supervision of the Barangays Sto. Niño and Ermita.

Each stall vendor pays P40 as rental fee, P20 for city government and another P20 for the barangay. They are also directly registered to the city.

This set-up was approved by Cebu City Mayor Edgardo Labella, who closed the market on August 2019 due to allegations that some stall owners rent their spots to other vendors for a higher price compared to that of the city’s rent.

Mantugina assured the public that no such “abuse” is being done to the vendors this time around and that the stalls are strictly monitored.

The long term plan of the city, Mantugina said, is not the night market but an area in Cebu City where all vendors displaced from the sidewalks of the main thoroughfares of the city will be relocated to a vacant lot in the city.

He did not disclose the place but he said the Office of the Building Official (OBO) is already preparing the area for the transfer of the vendors on 2020. /bmjo