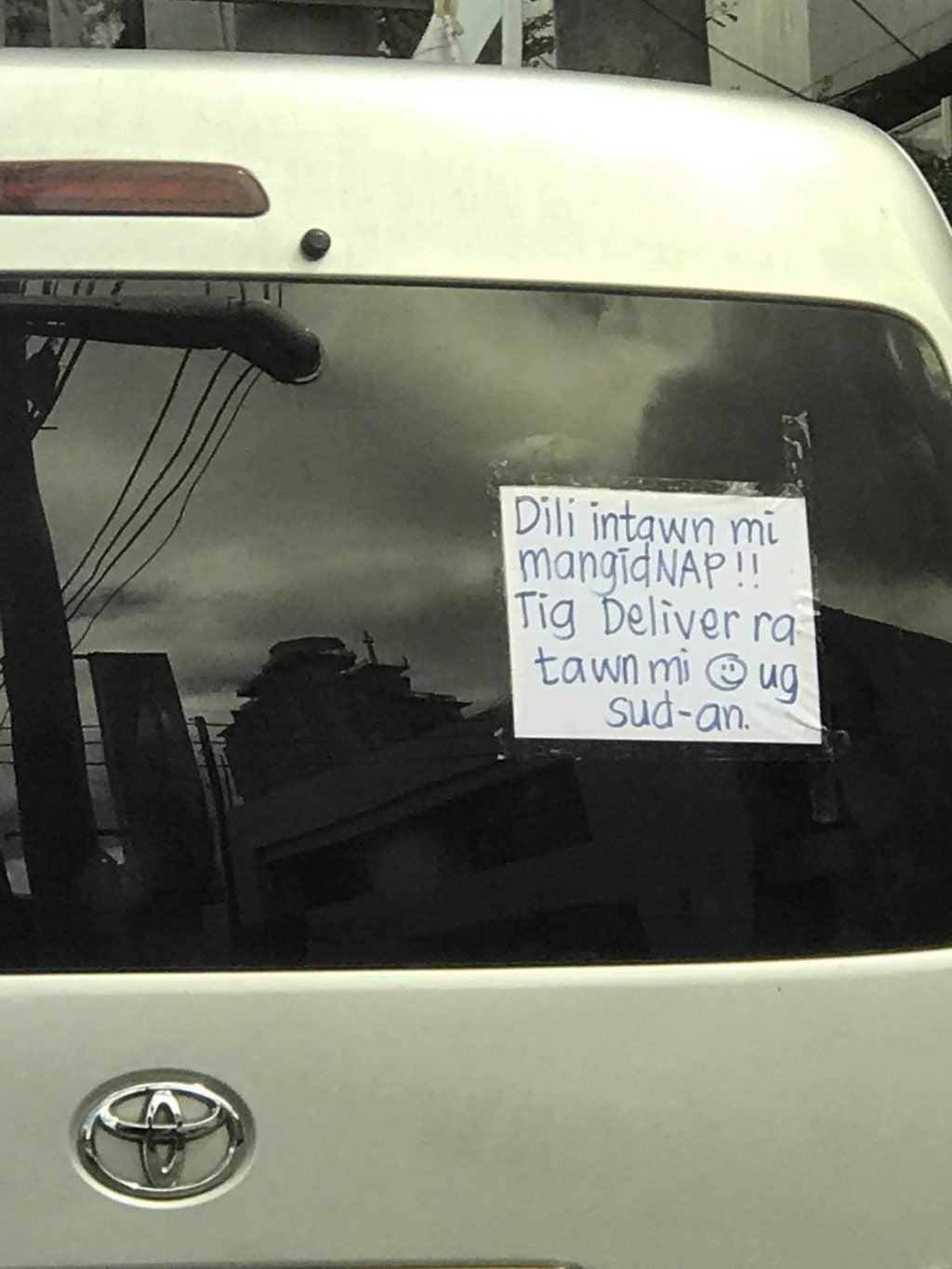 In that viral post, a netizen alleged that there was a white van roaming the streets of Danao kidnapping random teenagers.

This is why white van owners had to come up with something to assure the public that they don’t mean harm.

One owner just went straight to being frank and posted a disclaimer at the back of his van. It was written on a paper that was taped to the rear windscreen.

One netizen from Lapu-Lapu City, Janica Gee Otom, took a photo of this note and shared it on her Facebook page on December 8, 2019. It has since gained a lot of attention.

“I was headed to drop my sister so she can meet her friend and then this vehicle suddenly took the space in front of me so I got furious. But nagkatawa nalang ko pagkakita nako sa iya sign sa luyo,” says Otom. (But I just laughed after seeing the sign at the back of the van.)

Otom failed to get the name of the van’s owner, but her photo was enough to make quite an impact online.