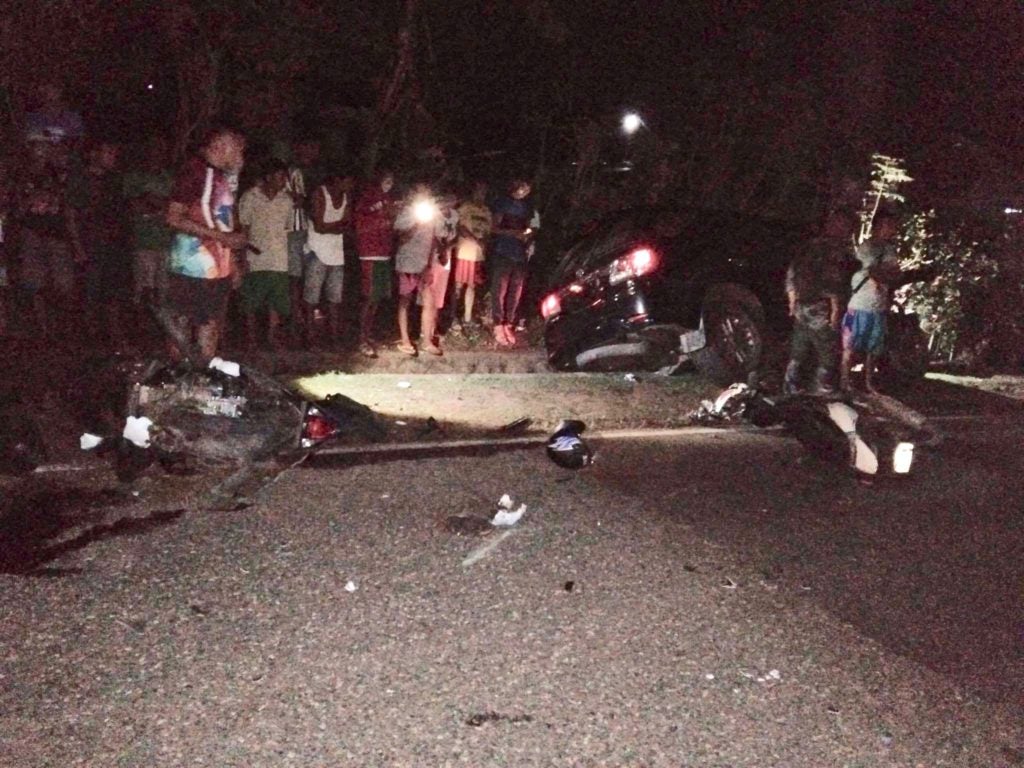 Residents surround the accident site in Barangay Napacao, where three persons were killed in a vehicular accident. | photo courtesy of Siaton Police

Encabo and Rebotazo were declared dead on arrival in a local hospital while Ajer died hours after the accident.

Traffic investigator Police Corporal Argie Aliabo said in an interview with CDN Digital that the SUV that was assigned to the mayor’s office in Siaton was driven by Anthony Egera, 45 years old and a resident of Barangay Inalad in Siaton.

Aliabo said the SUV was heading north when it collided head on with the two southbound motorcycles while Egera was trying to overtake a bus at around 8:30 p.m.

According to the traffic investigator, Egera voluntarily surrendered to the police after the accident. /bmjo