House approves new round of pay hike for gov’t workers 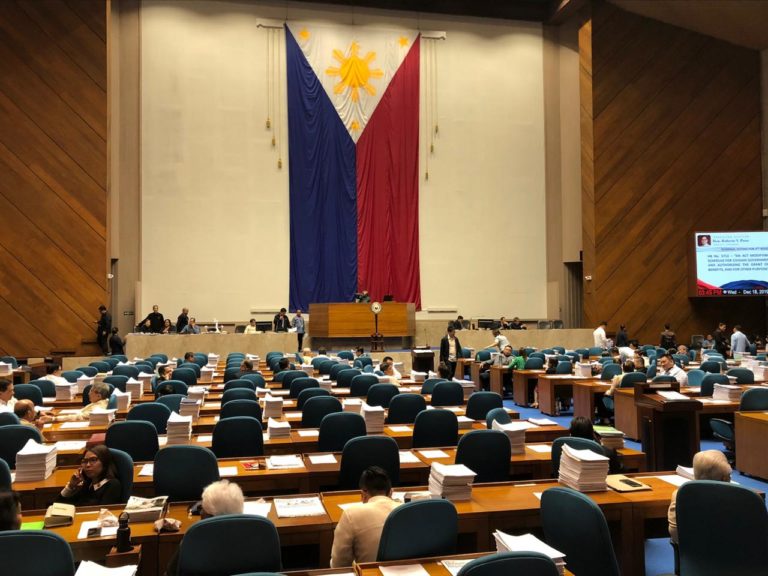 MANILA, Philippines — The House of Representatives on Wednesday passed on final reading a bill that would increase the salary of government employees starting January 2020 up to 2023.

Via nominal voting, 187 lawmakers approved House Bill No. 5712 or the 5th Salary Standardization Law (SSL), which would grant a 23.24% overall average pay hike to government personnel upon full implementation. Only five House members voted against the measure while no legislator abstained during voting.

President Rodrigo Duterte had certified the bill as urgent, which means it can be approved on second and final reading without following the three-day interval rule.

The Senate already approved its version on Monday, December 16. The two chambers should reconcile their versions before the President could consider the measure.

House appropriations committee chair and Davao 3rd District Rep. Isidro Ungab said the adjustment would be in four tranches from 2020 to 2023. The panel greenlighted the measure also on Monday. Later that day, the bill was introduced to the plenary.

According to the proposed legislation, the pay hike will apply to public teachers and nurses, all civilian government personnel in the executive, legislative, and judicial branches, constitutional commissions and other constitutional offices, government-owned or -controlled corporations not covered by the GOCC Governance Act of 2011, and local government units.

The bill, however, says salary increases authorized for the President, Vice President, and members of Congress will only take effect after the expiration of the terms of the incumbents.

Despite the speedy approval of the measure, ACT Teachers party-list Rep. France Castro said the payroll hike it would provide was insufficient.

Some P34.2 billion was allocated for SSL V’s implementation under the Miscellaneous Personnel Benefits Fund in the proposed 2020 national budget.

(It is saddening, disturbing, and most of all, insulting for our government personnel to be receiving this so-called ‘Christmas gift’ that would only hike their salary by P483 per year.)