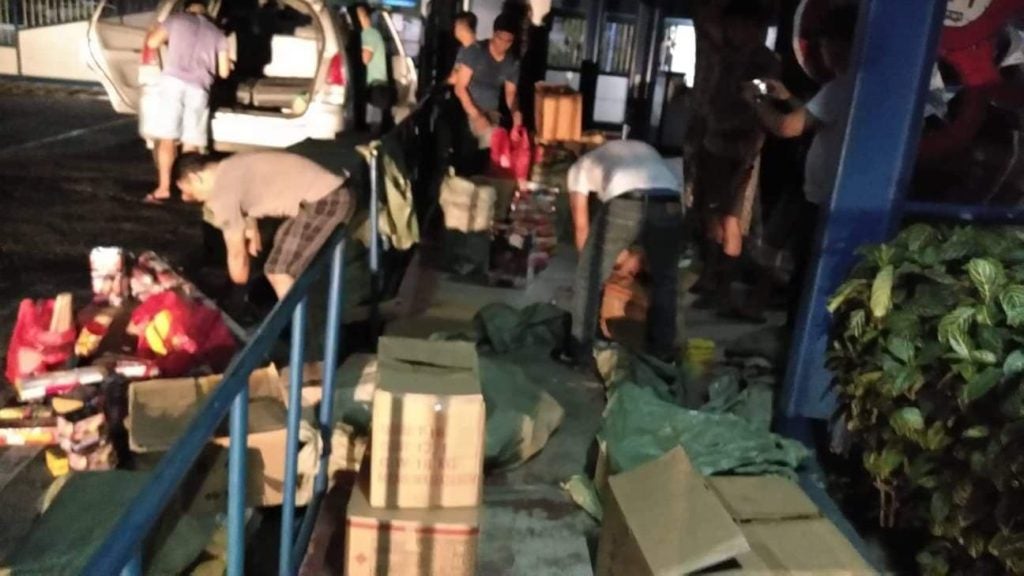 CEBU CITY, Philippines — “Don’t buy or sell firecrackers illegally or you might spend the New Year in jail.”

Police Captain Alvin Llamedo, Carbon Police Station chief, gave this advise to the public amid the raid on Friday, December 27, of an establishment in Calderon Street in Barangay Ermita, Cebu City, which was illegally selling firecrackers.

Llamedo said the establishment was raided because they did not have any permits to sell and the only area to sell firecrackers in Cebu City was on a designated area at the South Road Properties.

(If these firecrackers and fireworks would be defective, then they would not have anybody to pin their blame on, and, in case, they are inside the store buying firecrackers during a raid then they might spend New Year in jail.)

Llamedo said all the rules on buying and selling were set to provide a safer celebration for the public.

(They would just have to sacrifice and go to the SRP. They can safely buy firecrackers and they can be assured of the products having undergone quality control.)

Meanwhile, Cebu City Councilor Dave Tumulak told CDN digital that the government did not lack on their part to inform the public about the guidelines of selling and buying of firecrackers.

He said the public would now  be responsible for their actions given that there were rules set.

(Because the city is really after their safety too.)/dbs