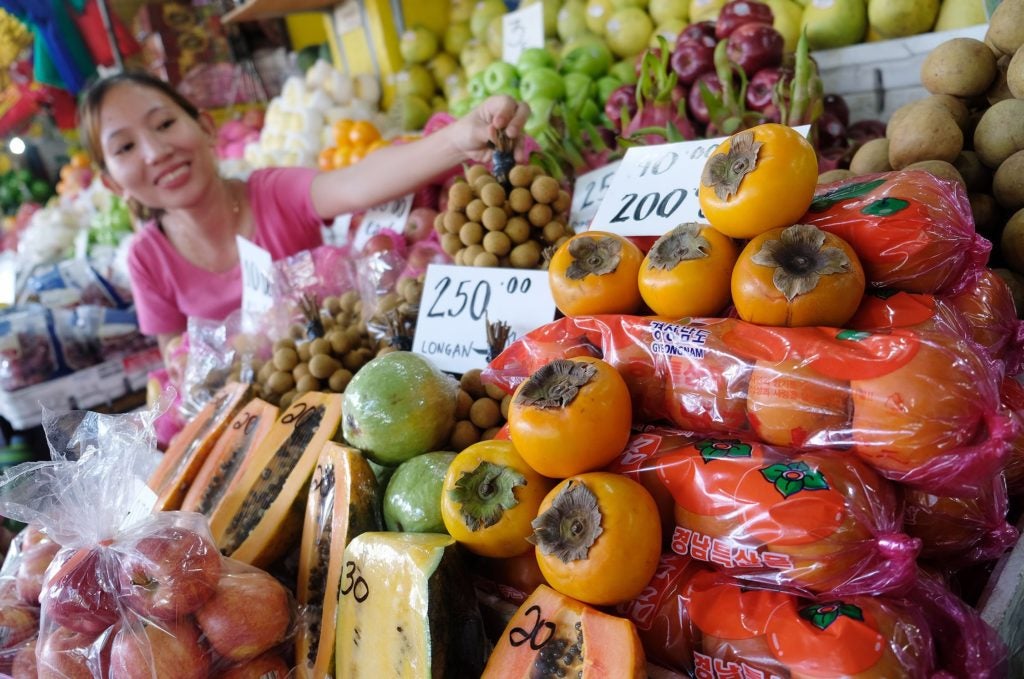 GOING LOCAL Fruit vendor Jennifer Rosario waits for customers at her stall in Quezon City on Saturday. Round fruits are in demand ahead of the NewYear as people believe these will bring good luck. —GRIG C. MONTEGRANDE

Instead of imported apples, oranges or grapes, why not buy homegrown lanzones, siniguelas, santol, dalandan, bignay or coconut to grace the dining table for the New Year?

These local varieties are often overlooked as most Filipinos are not familiar with them.

The Department of Agriculture (DA) has urged Filipinos to patronize and buy local fruits instead of imported ones in keeping with the tradition of preparing round fruits, usually 12 pieces to represent the 12 months of the year to bring luck and prosperity in the New Year.

Doing so would not only increase the income of farmers who grow fruits but also to support the development and commercialization of the local fruit industry, Agriculture Secretary William Dar said in a press statement.

“Let’s promote and take pride in our local fruits. Let’s give the tradition a deeper meaning by nurturing our agricultural sector,” Dar said.

Most Filipinos prefer to buy imported fruits, such as apples, oranges and grapes to decorate their dinner tables on New Year’s Eve, but there are local fruits that are as nutritious and cheaper than imported ones, he said.“For instance, instead of imported oranges, we can buy Perante, Satsuma, or Vizcaya ponkan, which are grown in Nueva Vizcaya. There are also local grapes from La Union, as well as citrus fruits from Central Luzon and Bukidnon,” the agriculture chief added.

The Philippines is a major producer of bananas, coconuts, mangoes and pineapples which are exported to countries, such as Japan, South Korea, China and the United States.

The agriculture sector, however, has barely grown over the years due to lackluster promotion and the inability of producers to access potential markets.