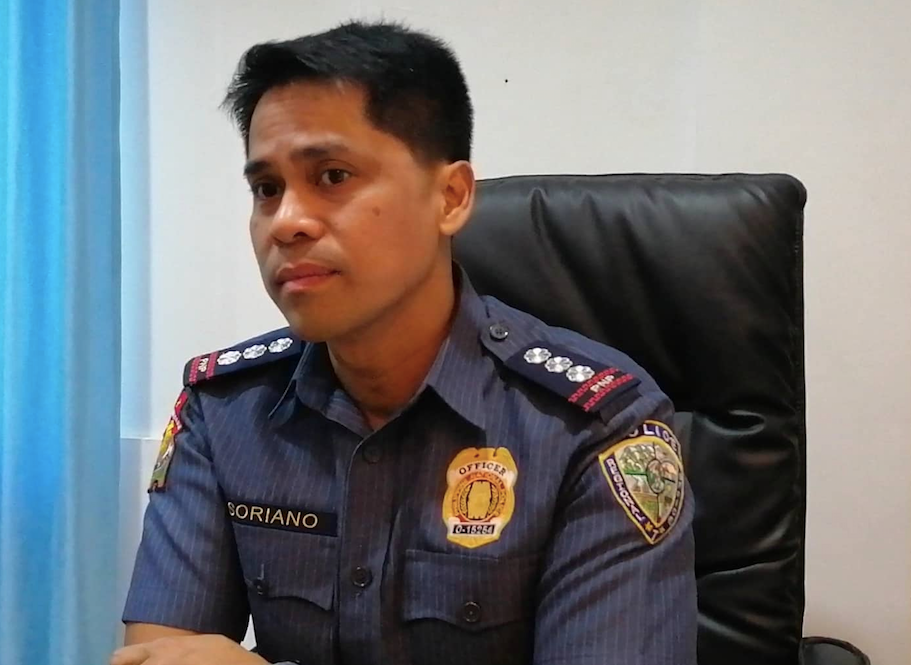 CEBU CITY, Philippines —His father wanted him to become a priest, but then his father changed his mind after looking at the financial cost for a family to send a son to priesthood.

So, his father advised him to take the second option, the field of medicine, so he ended up taking a Medical Technology course, and this was how Police Colonel Engelbert Soriano started his journey to becoming a police officer.

Soriano, who hails from Cabagan town, Isabela Province in Luzon, graduated at the Far East University and became a licensed Medical Technologist in 1993. Still not content with what he had accomplished, he took up a law course for two years, then shifted to a Criminology course and graduated in 1996.

From there he joined the police force and from then on Soriano did not look back and has risen from the ranks to become what he is today.

Colonel Soriano, 47, is now the new acting chief of the Cebu City Police Office. He replaced Colonel Geovanie Maines, who was then the acting CCPO chief for a month. Maines returned to his post as deputy chief for operations of the Police Regional Office in Central Visayas.

Aside from his educational attainment and how he rose from the ranks, Soriano has always seen his family as a foundation for what he has become today.

“Dala-dala ko ang aking big heart (I am bringing with me my big heart),” said Soriano in an interview with CDN Digital.

This is what he is offering as top police officer in Cebu City.

“I want to have a police force with a firm commitment to accomplish our mission without any personal interest or fear,” he said.

That is what he meant by a “big heart” — brave and committed.

He also has learned leadership skills from his parents and his 23 years in the police force, which he can put to good use in running the CCPO.

“I am the eldest of seven siblings. My mother was a teacher and my father was a member of the Philippine Constabulary. These are the people, who have shaped me into what I am today,” he said.

With his new appointment, Soriano said he was excited in his new post, being his first assignment outside the Luzon area.

“It’s a great honor and a great challenge,” said Soriano.

Soriano served as a director of the Aurora Provincial Police Office before he was assigned in his present post.

Prior to that, he was the Provincial Director of Camarines Sur in the Bicol Region in December 2018 before he was transferred to Camp Crame in Quezon City.

Soriano said that he had stayed in Cebu City for more than a month now and this had given him time to adjust and get to know more about the community and the policemen under his command.

He said he saw this as a challenge and as an opportunity to explore and create programs that could bring the police and community together.

Soriano also said that he did not see any necessary reassignments and appointments for policemen under his command.

However, he said there would changes in the way the police would do things under his supervision, which would include intelligence monitoring, which he planned to enhance.

He said the goal would not only be about drawing the community closer to the organization, but also to perform well with their jobs by solving cases as soon as possible.

“Unsolved killings will be revisited and studied again as to why it was not solved,” said Soriano.

Drugs will still be his priority as it is in line with the government’s programs.

Soriano said he would also focus on mountain barangays that could oftentimes be overlooked since the their programs were more in areas in the urban part of the city.

He said it could be possible that because they had placed mountain barangays as the least of their priorities there might criminals and drug personalities, who could make these areas their turf.

He also observed that policemen under the CCPO to be hardworking and to be performing well in their jobs.

However, he reminded them not to slack off in performing their duties.

“What I need right is someone that may not have the necessary technical and tactical skills, but have a big heart for public service,” said Soriano.

Soriano also admitted being hesitant to implement his rules right away because he was still adjusting to a different language (Bisaya) and Cebuano culture.

Soriano said he promised to conduct more police community relations program that would let the policemen and the public to interact more.

He said that patrolling areas by foot or police vehicles was not enough and that there should also be engagements.

Soriano said the Cebuanos would be expecting to see him along the streets as he would do his daily morning runs, inspections and spending dinner outside the office.

“Sana ma accept ako ng culture ng Cebu. If they would only find out about me, kung anong klaseng puso meron ako,” he said.

(I hope the culture of Cebu will be able to accept me. If only they would find out about me and the kind of heart I have.)

This may be what he hopes for, but Soriano is ready and excited to take on the challenge of leading a more committed CCPO ./dbs

Read Next
Veterinarian from Talisay City killed in dawn ambush