Cheers to the year that was 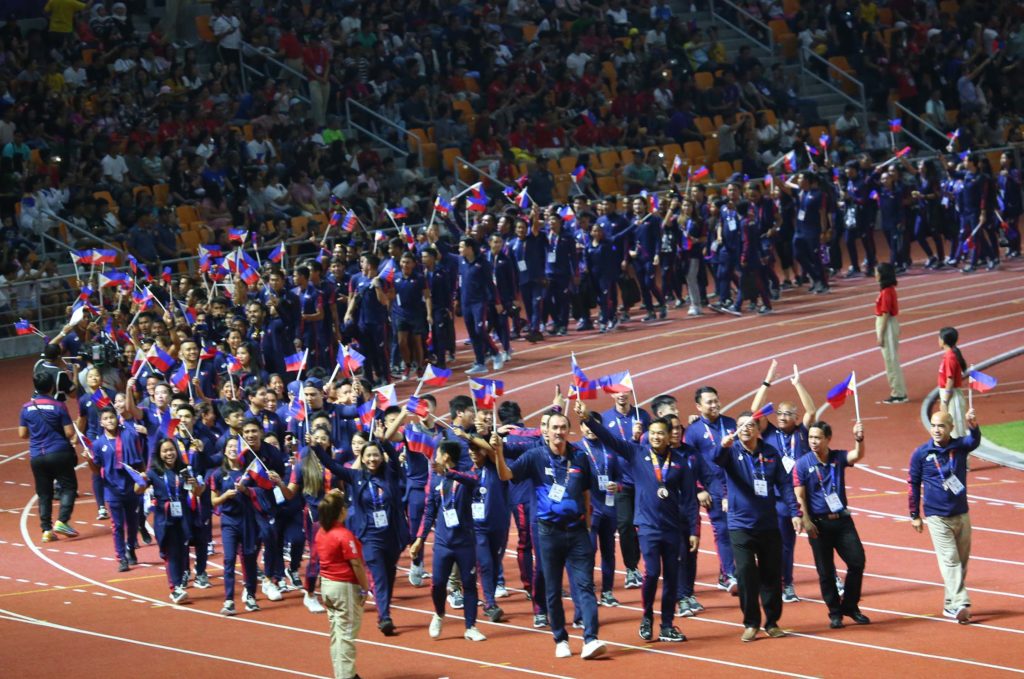 And to think, things were hardly promising in the beginning. Foreign athletes took to social media to decry horrible travel, accommodation and food conditions. Someone took a peek at what it cost for the country to host the 30th edition of the regional Olympics and saw rampant spending: A Games cauldron worth over P50 million threatened to be the enduring symbol of the SEA Games. There was a lot of back and forth among politicians before a ceasefire was agreed on.

Let the first week or so of December be about the athletes, everyone agreed.

Once the athletes had the spotlight, they refused to yield it, spouting scorching sporting shows one after the other as the Philippine medal machine kept churning out gold after gold after gold.

It began with John Chicano dominating men’s triathlon in Subic, where the Philippines completed 1-2 sweeps in the event to remind every pretender to the regional throne: in a lung-busting, skin-melting, muscle-burning swim-run-bike race, the Filipinos’ hold on the throne is unbreakable.

Agatha Wong, however, wasn’t beyond breaking down.

In fact, her body had curled up in a series of injuries that she had to fight through to put on a show in women’s taijiquan. And in front of her home crowd, Wong unfurled delicately like a fiery red flower in spring, moving delicately on the way to gold No. 2 for the Philippines.

“I’ll hibernate,” after the SEA Games, she later said after winning her own second gold. She had gone through a lot, especially with injuries, and it was time for a break.

Kim Mangrobang was gold No. 3. Her triathlon championship in the women’s division came after Wong had won at World Trade Center in Pasay City. After that, the golds came in a flurry that it was hard to keep track of the sequence.

Carlos Yulo shone bright in the all around event of gymnastics. Groomed as a potential Olympic medalist, Yulo was never seriously threatened by his foes. The rock-star treatment accorded him, though, might have gotten in the way of dominating men’s gymnastics. He added another gold via his pet event, the floor exercise. But he settled for silvers in his other five events.

“In Germany,” where he became a world champion in 2019 and ignited hopes of an Olympic gold, “nobody knew me,” Yulo said. “Here, everybody knows me.”

Hidilyn Diaz expectedly won her weightlifting gold. Margielyn Didal added two from skateboarding. Boxing, led by world champion and another Tokyo 2020 hopeful in Nesthy Petecio, hoarded seven gold medals. Kiyomi Watanabe almost seemed too nonchalant as she breezed her way to a gold in women’s judo. Junna Tsukii was a firebrand in karate; teammate Jamie Lim was emotional. They, too, won golds. All of them will shoulder a nation’s Olympic hopes from hereon.

Yulo has already qualified for the Olympics, along with pole vaulter EJ Obiena, who also ruled his event at New Clark City’s spanking and modern athletic center.

Fueled by that blazing start, the Filipinos never slowed down.

Kristina Knott ruled the 200-meter run as she and Obiena spearheaded athletics’ haul of 11 gold medals. Eric Cray was still king of the 400 hurdles but a false start disqualification denied him of the gold everyone who watches the sport wants to see: the centerpiece men’s 100-m dash.

But with events like dancesports and arnis proving to be a gold mine, the Philippines wasn’t going to be denied. The final tally was 149 gold medals, 117 silvers and 120 bronzes. Media attention may have made it seem like some golds shone brighter than others—basketball, boxing, James Deiparine’s drought-ending, record-breaking breaststroke gold in swimming, karate, Yulo, taekwondo, Wong and the triathletes received a lot of headlines—but where it mattered the most, in the medal standings, every gold was of equal importance.

As is tradition, though, there would always be that silver that shone like gold.

And volleyball provided that one. Surprise, it wasn’t the women’s team.

The men’s national team shocked many-time champion Thailand in the semifinals and were champions in the hearts of Filipino fans even after the annihilation authored by Indonesia in the championship game. The men’s team grabbed the spotlight from a medal-less—and winless—women’s squad filled with superstars. And it forced the women’s team into a moment of introspection.

“The veterans of the [national] team, we have only one wish,” said skipper Aby Maraño. “That we unite because we want a better finish for [our team].”

“The men’s team [proved] it because they have the unity that a sport needs [to succeed internationally],” said superstar Alyssa Valdez.

Having two leagues clearly is a detriment for women’s volleyball and it remains to be seen if the lesson from the SEA Games would be heeded.

Basketball provided a highlight for Team Philippines, too. Surprise, it wasn’t the men’s team.

The women’s squad, jilted several times—in heartbreaking fashion, often—by the SEA Games gods, finally took matters in their hands and romped all the way to the country’s first women’s gold in full court basketball. The Gilas Pilipinas women had earlier won the first gold for the country in basketball when they ruled the 3×3 event.

And even when Gilas Pilipinas expectedly romped off with the men’s gold medal after a 115-81 dismantling of Thailand in the championship match, Tim Cone pointed to the other team on top of the podium as the one people should be talking about.

“I think that’s the story today. I think the women winning the gold is really the story today, not us,” said the Gilas head coach. “It was just a big surprise at first, having to beat Malaysia and then turn around and having to beat Thailand—both having been gold medal winners. So it’s just awesome. I think it should be talked about more, even more than us winning.”

Hopefully, that conversation will keep on going until the women’s game gets a league of its own.

What is certain, though, is that the Filipino domination of the SEA Games will be talked about for a long time. Philippine Sports Commission Chair Butch Ramirez isn’t likely to forget this staging in a long while. The other time that the Philippines celebrated a gold rush in the SEA Games was in 2005, when the country, as hosts, won 112 golds.

“That should be our next focus right now,” Ramirez said.

Coming off a sterling victory at home, Team Philippines hopes that Tokyo will be the site of an even more historic triumph.

Read Next
NBA calendar for 2020