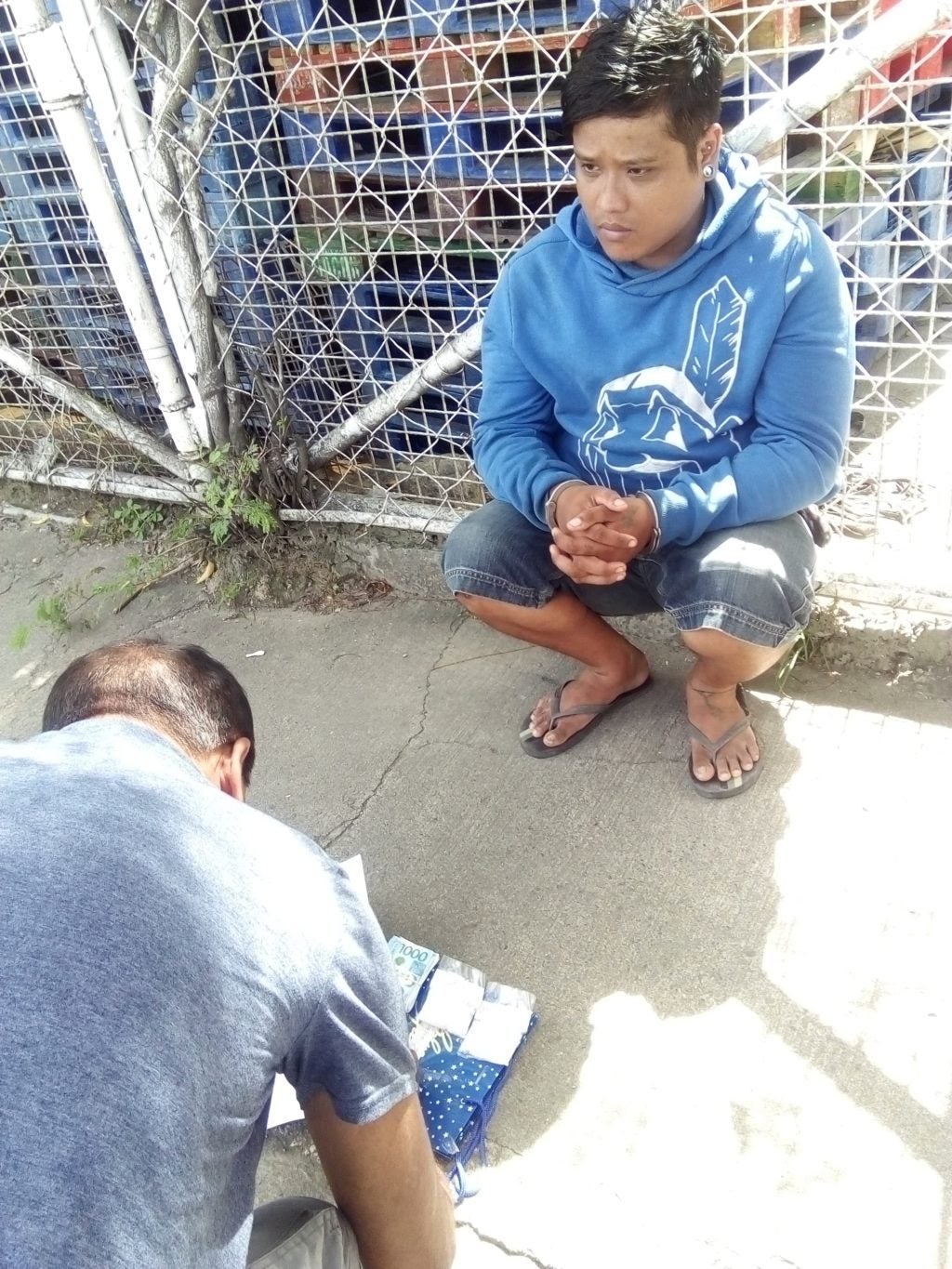 Joemarie Londres of Barangay Banawa, Cebu City is caught with suspected shabu in a buy-bust operation in Mandaue City on January 4, 2020. | Norman Mendoza

MANDAUE CITY, Cebu, Philippines — A high-value target from Cebu City fell into the hands of Mandaue City policemen after he was caught with at least P250,000 worth of suspected shabu in an anti-illegal drug operation in Barangay Subangdaku at past noon of January 4, 2020.

Fegarido said that they had placed Londres under surveillance for a few months after they learned about his illegal drug activities from arrested drug personalities.

He said that Londres would allegedly come and go in Mandaue City to ply his illegal drug trade.

Fegarido claimed that Londres was in their drug watchlist and was categorized as a high value target or a drug pusher, who could dispose a kilo of suspected shabu in a month.

Londres was detained at the Subangdaku Police Station detention cell pending the filing of charges. | dbs

Read Next
Cebu CLO set to release P5M to barangays, who failed to submit liquidation reports