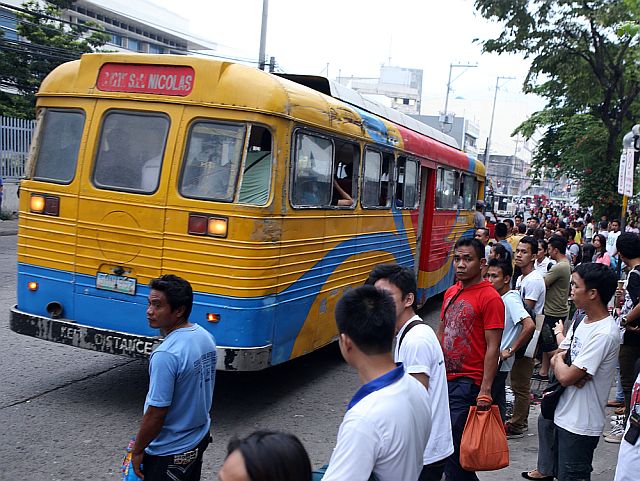 Kaohsiung buses owned by the Cebu City Government are ready for deployment to ferry devotees who wanted to go to the Basilica. | CDN File Photo

CEBU CITY, Philippines -The Cebu City government will deploy two kaoshiung buses to augment MyBus units now used to ferry commuters to the Basilica for free, if the need arises.

“If (the free) MyBus rides will not be enough, we will augment (with) Kaohsiung buses. (One) each (will be stationed) at SM Seaside for devotees coming from the south, and SM City for those coming from the north,” Labella said.

At the same time, Labella said that he was able to convince the SM Seaside Mall management to open their parking areas starting at 4 a.m., or six hours before the mall opening during the duration of the Fiesta Señor celebration to allow devotees to park their vehicles at the mall and avail of the free ride to the Basilica.

“We have also negotiated with SM Seaside to start (to) open their parking areas at 4 a.m. And, yes they approved. In this way, we are encouraging the public to park their cars at SM Seaside, then take the free bus from there to Plaza Independencia,” he added.

The Cebu City Transportation Office (CCTO) earlier asked devotees to avail of the free rides being offered by malls and to leave their vehicles at their designated parking areas.  This is one way of avoiding parking problems at the Basilica and from having their vehicles clamped or towed. / dcb