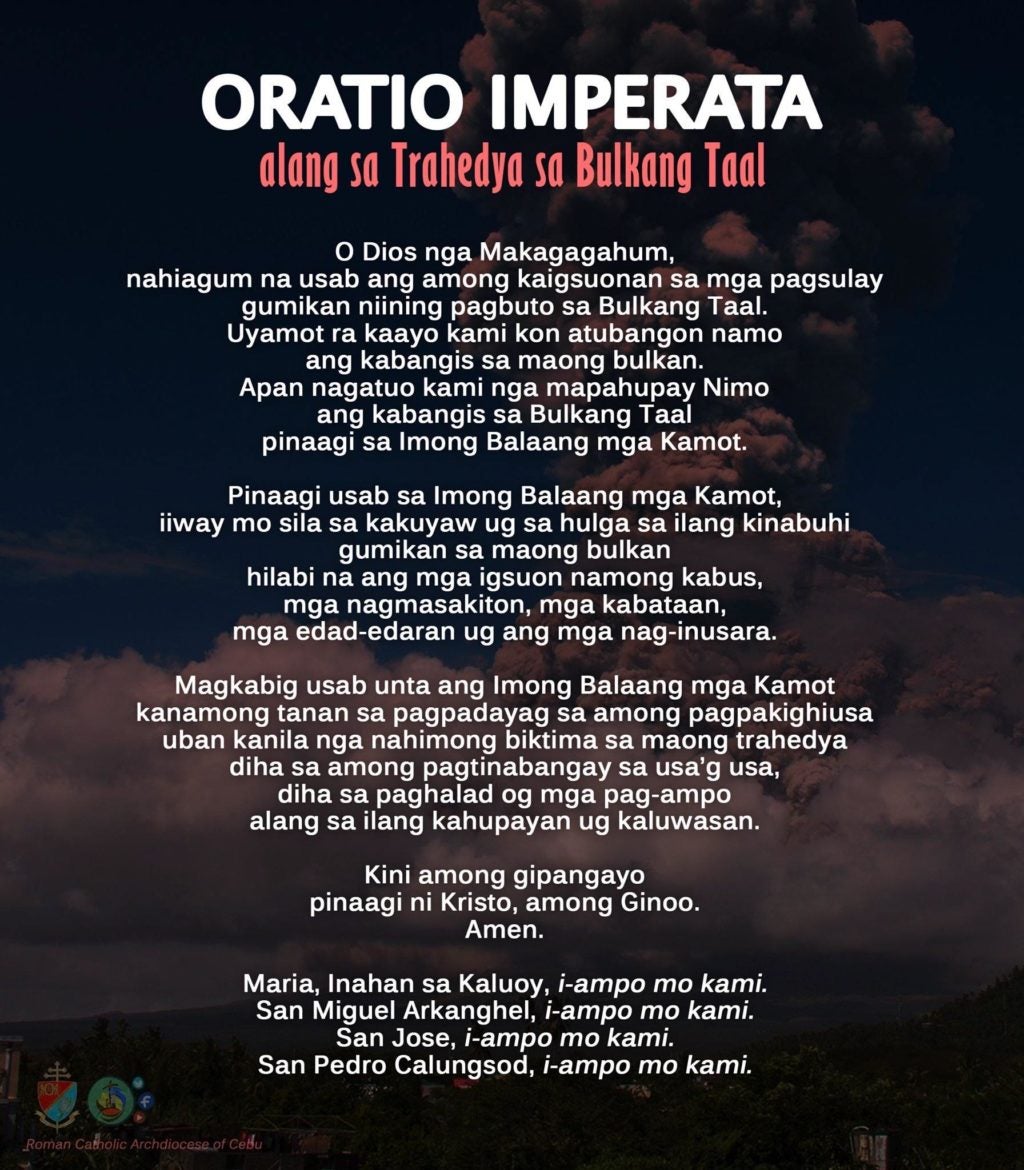 CEBU CITY, Philippines — The Archdiocese of Cebu has released an oratio imperata or mandatory prayer for the victims of the eruption of the Taal Volcano in Batangas in Luzon.

The Oratio Imperata was released on January 14, 2019, two days after the eruption on Sunday afternoon.

Archbishop Jose Palma approved of the prayer, which will be prayed in all parishes in the archdiocese after the communion rites of every Mass.

The Oratio Imperata seeks for the safety of the residents near the volcano and surrounding towns and cities as the volcano shows no sign of slowing down as of noon of Tuesday.

(Through your Holy Hands, keep the people safe from any harm brought by the volcano’s eruption especially the poor, the sick and children, the elderly, and those who live alone.)

The Oratio Imperata also calls on the faithful to be united in prayer that Taal Volcano’s eruption will not linger and cause any more destruction.

In recent reports, new fissures or cracks discovered in areas around Taal Volcano would be an indication of an imminent explosive eruption, the Philippine Institute of Volcanology and Seismology (Phivolcs) said on Tuesday afternoon.

Because of this, Phivolcs reiterated their call for the urgent evacuation of residents especially in high-risk areas within the 14-kilometer radius danger zone.

Among the hazards that would follow an explosive eruption would be a volcanic tsunami, landslides, and volcanic slide, Phivolcs said. /dbs