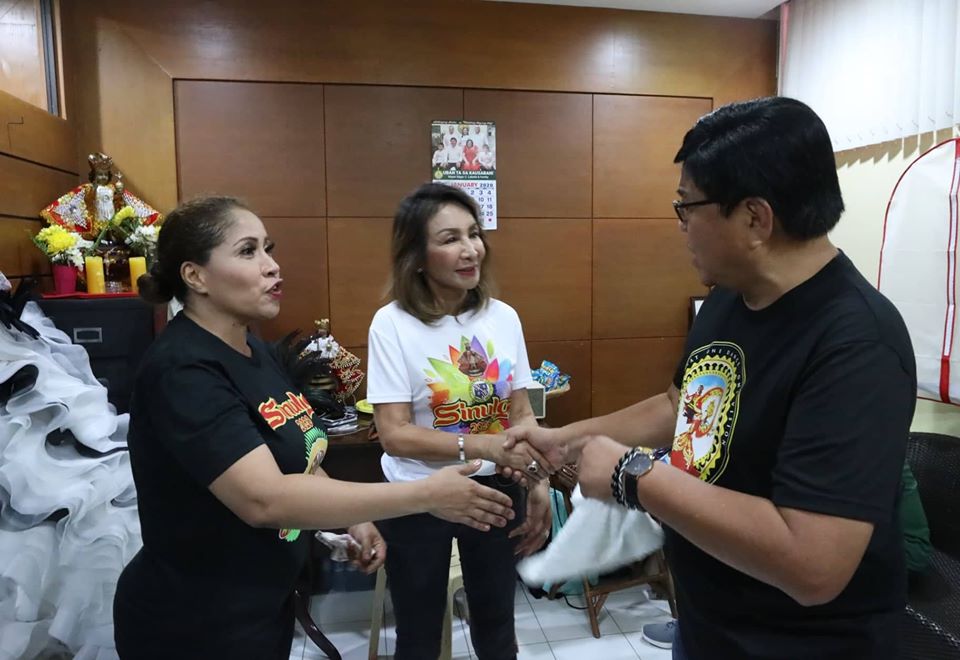 CEBU CITY, Philippines — It will be up to Cebu City Mayor Edgardo Labella to decide if the P5 million cash assistance from the Cebu provincial government should go to the Sinulog Foundation Inc. (SFI) or the Cebu City Sinulog Governing Board (CCSGB).

Amid the “exclusive contracts” controversy involving SFI, Garcia said it would be best if the mayor decides where the cash assistance should go.

During their session on Monday, January 20, 2020, Garcia said the Cebu Provincial Board is expected to discuss and pass a resolution that will authorize the disbursement of the P5 million aid.

“I will ask the mayor (where he wanted the money given). I will let him (Labella) decide,” Garcia said in an interview at the sidelines of Sinulog 2020 at the Cebu City Sports Center grandstand.

Earlier this month, Garcia also released a P3 million cash aid from the Capitol to the SFI. The amounted represented the provincial government’s aid for the hosting of the Sinulog 2019.

The release of the assistance was delayed because the board resolution which authorized the disbursement of the allocation was only passed on June 2019.  The turnover of the cash aid was also affected by the transition period from the administration of former governor Hilario Davide III to newly elected Governor Garcia.

Garcia promises to release the P5 million aid to Cebu City the soonest possible time, but she will allow Labella to decide where the money should go.

A few days before the 2020 Sinulog grand parade, SFI figured in controversies on the sales of exclusive broadcast and food selling rights.

SFI entered into an exclusive with a Luzon-based meat product company despite the provincial government’s order for a total ban on pork and pork related products coming from that area as a result of the African Swine Fever (ASF).

Garcia said that the Sinulog celebration cannot be used as an exemption on their imposition of the ban to especially protect its P11 billion swine industry. / dcb