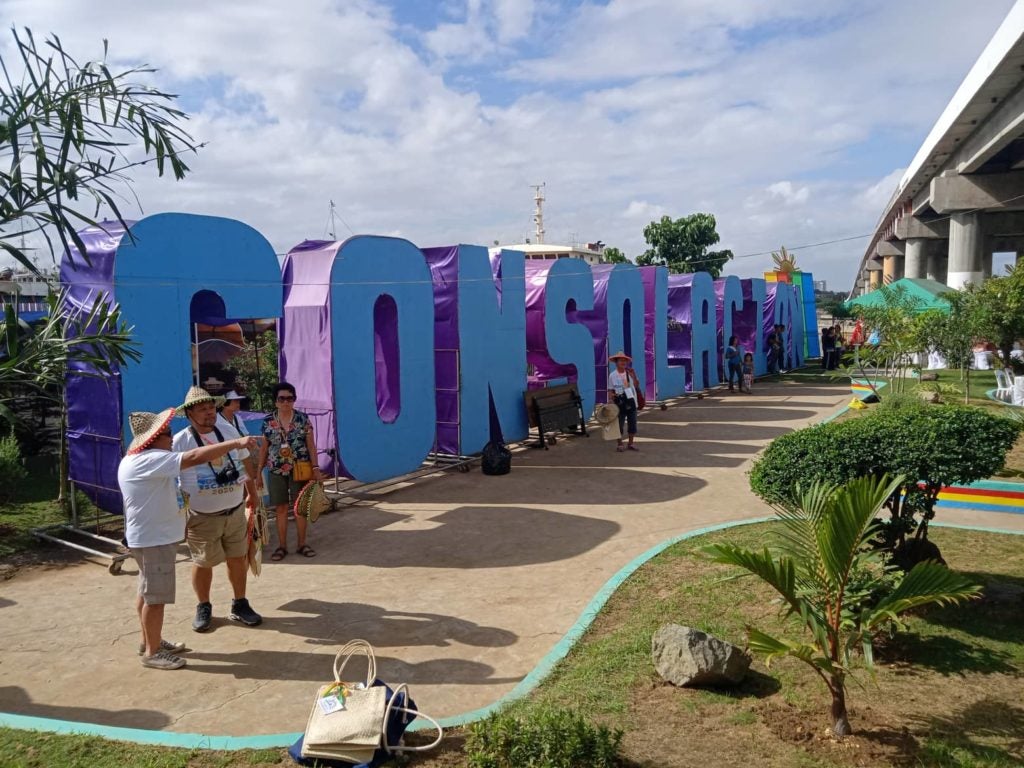 CEBU CITY, Philippines — Urban living and preserving nature could fit in one picture.

This was what the town of Consolacion wanted to paint on Wednesday, January 22, 2020, as they hosted the kick off leg of the Northern Escapade of the Suroy Suroy Sugbo.

The town gave away saroks, a locally-produced hat made from weaved bamboo shafts with dried banana leaves, to over 300 participants of the three-day Northern Escapade.

“We want them to see that we can still have nature even when we are in an urban area. As you can see the waters and beside us is our mangrove area,” Consolacion Mayor Joannes Alegado said, referring to the Cansaga Bay Park, where the tour kick-off program was held around 8 a.m. on Wednesday.

Alegado, in an interview with CDN Digital, revealed that the municipal government is looking at developing the mangrove area in Cansaga Bay into a nature park that could open eco-tourism opportunities for the town.

With the town’s nearing centennial founding anniversary on February 6, 2020, Alegado said they also would want to show the guests of their native industry as they invited three sarok-weavers to demonstrate how they weave the hats.

After Consolacion, the three-day Suroy Suroy Sugbo fleet drops by Compostela to visit Señor Santiago de Apostol Church and the Butafumeiro, which is considered as the largest thurible in the province.

On their second day, the tourists will visit San Remigio before heading to Bantayan Island  for the tour on the three towns there: Santa Fe, Madridejos and Bantayan.

The tourists will be back to mainland Cebu on the third day via the Hagnaya Wharf before making its way to Bogo City, Tabogon, Borbon, Catmon and Liloan, where the tour will end.

Danao City has opted not to participate in the tour, said Provincial Tourism Office Maria Lester Ybañez in a previous interview.

The Capitol disbursed P300,000 cash subsidy  for each town that participated in the Suroy-Suroy Sugbo for their preparations. /bmjo