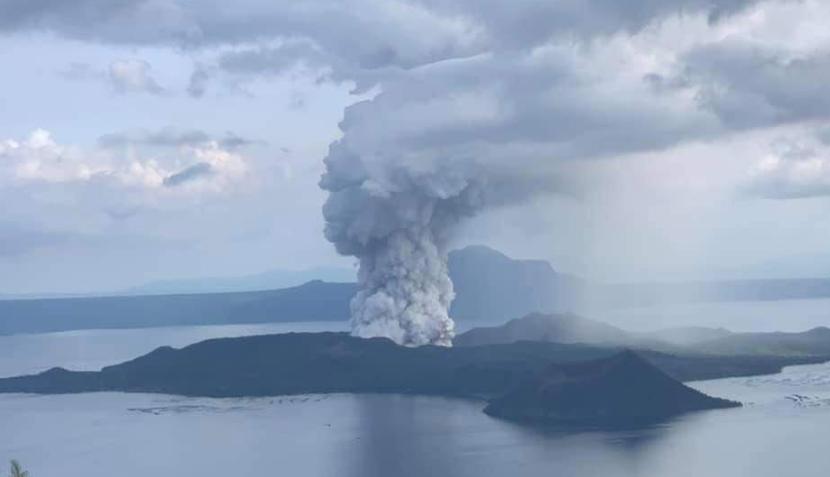 The Cebu Province will send aid to the victims of the continuing unrest of Taal Volcano. | Photo from Tagaytay City Cavite Disaster Risk Reduction Management Council

CEBU CITY, Philippines — The Cebu provincial government will be extending P5 million in financial aid for the families displaced by the recent eruption of Taal Volcano in Batangas.

Governor Gwendolyn Garcia made the announcement during a news conference this afternoon, January 27.

Taal Volcano started spewing ashes in a phreatic eruption at the height of the Sinulog festivities on January 12, 2020.

“We are extending assistance to show solidarity, in times of difficulty, with our fellow province and especially since Congresswoman Vilma Santos-Recto was a colleague of mine in the 16th and 17th Congresses and also a good friend,” Garcia said.

According to a report in Inquirer.net, nearly a million residents from 12 towns and two cities in Batangas took temporary shelter in 400 evacuation centers in Batangas, Cavite and Laguna provinces over the past two weeks after the volcano status was raised to alert level 4.

As of Sunday, Jan. 26, state volcanologists already lowered the status of the volcano to alert level 3.

Although “sudden steam-driven and even weak phreatomagmatic explosions, volcanic earthquakes, ashfall, and lethal volcanic gas expulsions” can still occur at alert level 3, the lowered status provided for the partial lifting of the lockdown of the volcano’s surrounding towns. /rcg