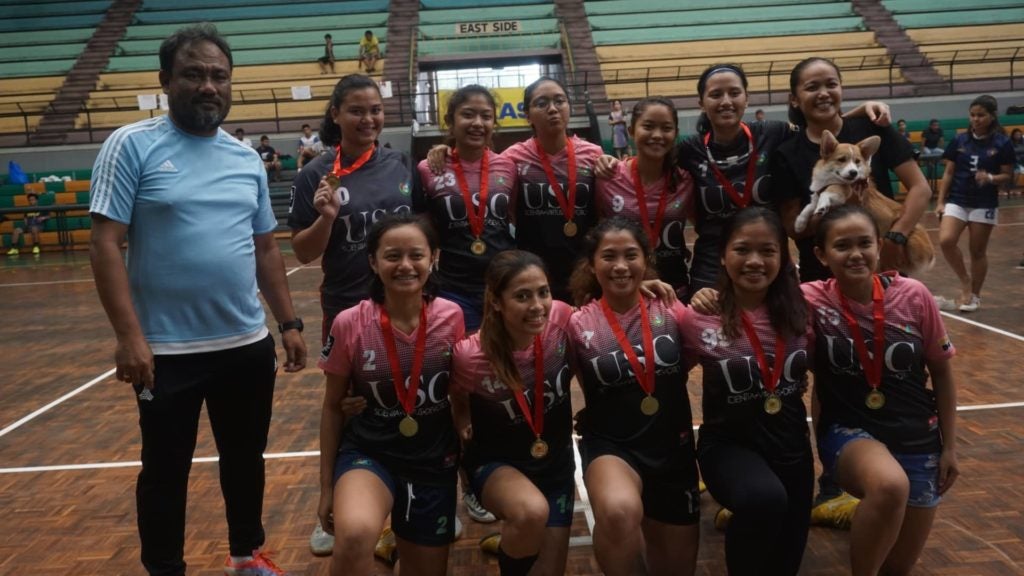 CEBU CITY, Philippines — The futsal girls and women’s teams of the University of San Carlos (USC) are slowly following in the footsteps of their brothers—the USC men’s football team, who are the 4-peat champions of the Cebu Schools Athletic Foundation Inc. (Cesafi).

This after the USC women’s futsal team clinched the inaugural collegiate title of the Cesafi futsal tournament while their younger counterpart, the USC-BED girls futsal team, finished as the runner-up.

The USC women’s team became the first college champions after sweeping all of their matches for a clean 4-0 win-loss record that gave them 12 points during Sunday’s February 2, 2020 Cesafi futsal tournament at the USC gym.

Two USC kickers also bagged special awards including the Most Valuable (MVP) plum which was handed to Kiara Amarga. Her teammate, Lindsy Cabang was named as the Best Goalkeeper.

Named as the top scorer was Regina Pancit of the University of San Jose Recoletos (USJ-R), who finished as the runner-up with a 2-2 card.

Both USC high school and college teams are coached by Rose Ton “Aps” Bariñan, who admitted to feeling pressured with the USC men’s football team’s success after donning the mantle of head coach at the USC starting last year.

(I am pressured, yes, I also wanted for the futsal team to win. It would have been nicer if both high school and college won the championship, but I couldn’t ask for more  because the players did everything that they could. I saw how they worked hard, they did their best.)

Bariñan, who was also part of the coaching staff of the Philippine Under 15 girls national team, said that she was sort of expecting that they would win the college title because she had already handled these same girls last year.

(I was expecting a bit because the college division is new, and we already have the experience from last year’s competition. They were the same team I was handling last year. And, this year, most of the college teams are new so I told them we should already be able to get this.)

Bariñan said they started training last August but it wasn’t every day as the girls, especially the high school, were still adjusting to their schedules.

With these achievements so far, Bariñan said that people could expect more from the USC girls and women’s futsal teams as they would always be trying to do their best./dbs