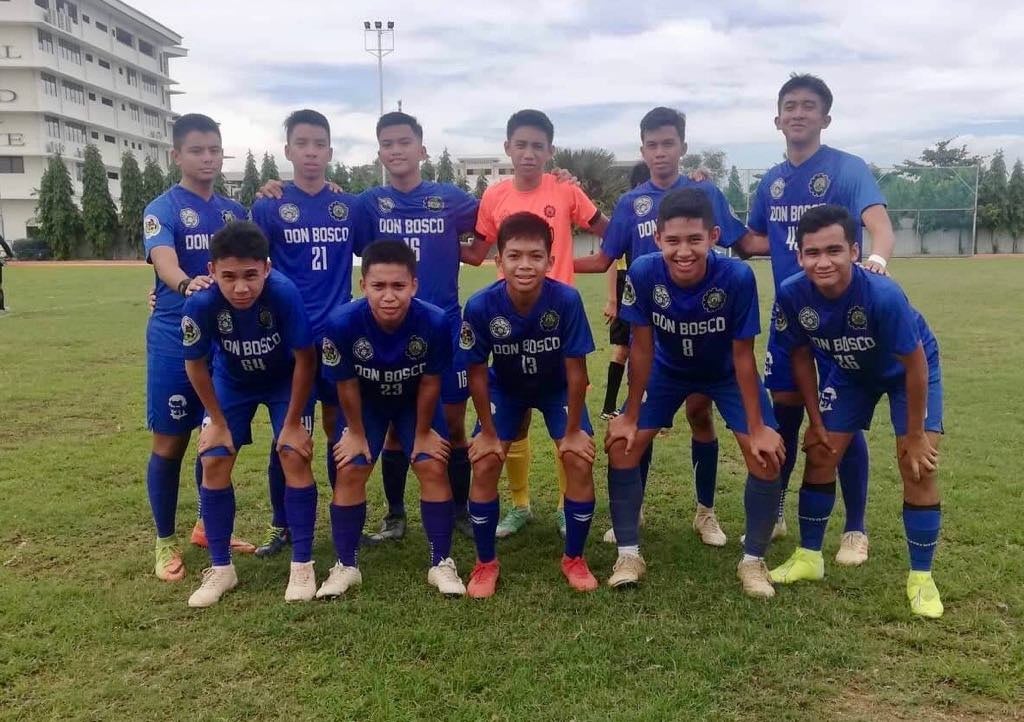 DBTC A  will challenge KNF DBBH at the Cebu City Sports Center (CCSC) for the top spot in Group 1. Both teams have similar 12 points, having won all of their four games so far for an identical 4-0 win-loss record.

However, KNF DBBH takes the top spot owing to its goal difference of 19 while DBTC A has 16 points.

Prior to the DBTC A vs KNF DBBH match, Abellana National School (ANS) will also be vying for the top spot in Group 2 as it faces DBTC C.

ANS is currently ranked second with a 3-1 card equivalent to nine points.

DBTC C, for its part, hopes to clinch its first win the tournament, having conceded all of its four matches so far. With a 0-4 record, it is languishing at the bottom rung with no points yet.

Two other Boys 16 matches will be contested at the San Roque football field in Mandaue City.

Group 1 fifth-ranked University of San Carlos (USC) hopes to add to its lone victory when it faces Sisters of Mary School (SMS) Boystown.

While both teams have the same three points each, SMS Boystown is at the fourth spot with a 1-2 card and two more games to play.

USC, on the other hand, has a 1-3 card with one more match left which is the one against SMS.

In Group 2, Giuseppe Football Club (GFC) hopes to improve on its fifth ranking at the expense of DBTC B which is currently ranked fourth.

In the Boys 18 contest at the CCSC, Ateneo de Cebu vies for a share of the lead in Group 1 as it faces SMS Bosytown.

Ateneo is sitting at the second spot with four points while SMS is at third with three points.

In Group 2, KNF DBBH vies to solidify its second spot standing against DBTC B who is a rung lower at third.

Both teams have six points but KNF DBBH gets the higher rank because it has a goal difference of 3 while DBTC B has 1.

The other match in Group 2 will pit Cebu International School (CIS) against USC.

Both teams will be vying for their first win so far, in as many as three matches./dbs