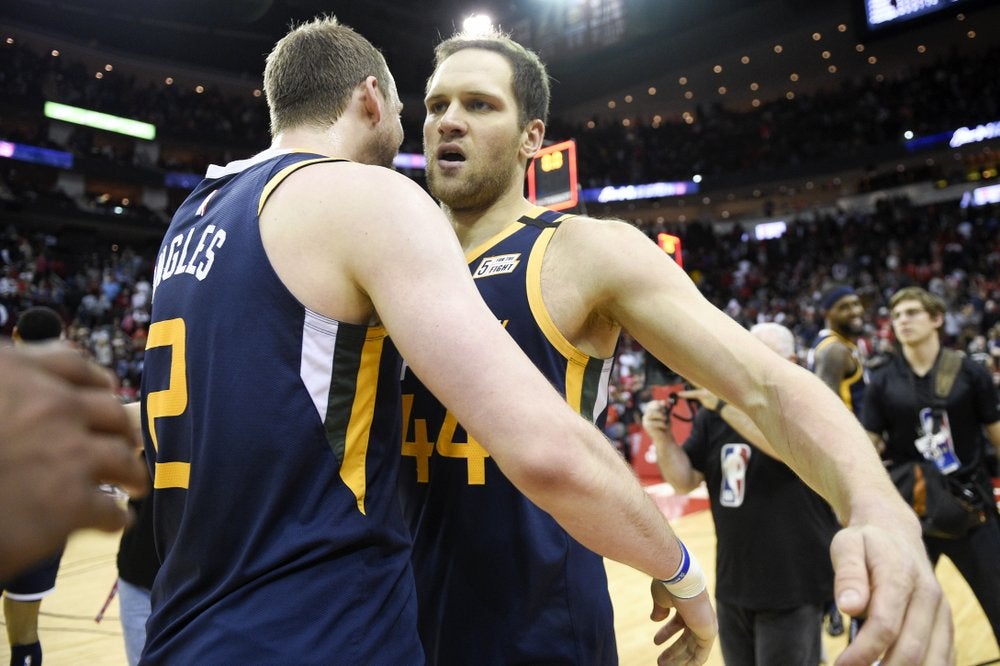 HOUSTON — Bojan Bogdanovic made a 3-pointer as time expired to give the Utah Jazz a 114-113 victory over the Houston Rockets on Sunday night (Monday morning, February 10, 2020, Philippine time).

Jordan Clarkson scored 30 points and Donovan Mitchell finished with 24 points, six assists and five rebounds for the Jazz, who won their second straight after a five-game losing streak.

They needed to come back after P.J. Tucker’s 3-pointer from the corner gave Houston a two-point lead with 1.6 seconds remaining. After a timeout, Bogdanovic came off a screen and hit a contested 29-footer to give the Jazz the win.

Mike Conley added 20 points, six assists and five rebounds for the Jazz. Rudy Gobert had 12 points and 15 rebounds. The Jazz shot 49%, including 15 of 38 on 3-pointers.

Trailing by two, Covington hit a 3-pointer from the right wing with 28 seconds left to give Houston a 110-109 lead. On the ensuing possession, Tucker fouled Mitchell, who made both free throws to give the Jazz a 111-110 lead.