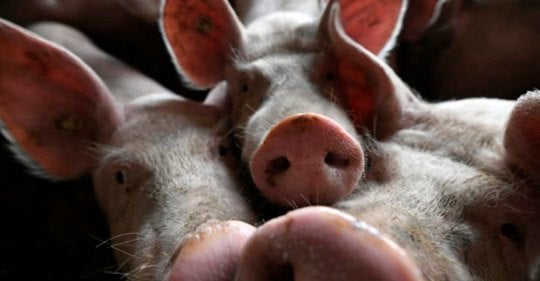 CEBU CITY, Philippines — The Cebu City government has banned for 60 days the entry of all pork products from Mindanao following the African Swine Fever (ASF) cases in the Davao Region.

Executive Order (EO) 44, which was signed by Mayor Edgardo Labella on February 12,  imposes a total ban on the entry of hogs and pork products into the city effective immediately.

In the EO, “no live hogs, pork meat, or related products may enter Cebu City and its ports or its markets from any region or provinces in Mindanao. “

The public is urged to voluntarily dispose of these products upon entry to ports in the city through designated receptacles.

Refusal to do so would mean confiscation of the products. These will be turned over to the city government’s Department of Veterinary Medicine and Fisheries (DVMF) for proper disposal, which will be through incineration.

Cargoes carrying live hogs and pork products from anywhere in Mindanao entering Cebu City ports would have to be returned to their ports of origin.

Any live hog or pork product from non-banned areas that enters Cebu City without proper documentation from the National Meat Inspection Services (NMIS) will also be sent back to its port of origin.

“The ASF problem has reached Davao, we better include all of Mindanao. Anyway, we have enough pork in the city,” said the mayor.

The ban will run for 60 days but Labella said he can order to lengthen the ban period “as the need arises.”

Although the Department of Agriculture already issued a statement against indiscriminate banning of pork products by only prohibiting the entry of products directly from or from nearby the affected areas, Labella said the city should not wait for the spread of the ASF before taking action.

“We are given that authority by the Local Government Code, pursuant to the general welfare clause, what is paramount is the health and safety of the public,” said Labella.

Should the ASF enters Cebu City, the P2 billion local hog industry will be affected by the deadly disease.

The mayor said the hog industry in Cebu can sustain itself as of now and this must be utmostly protected from the ASF.

The EO is effective immediately and will now be followed in all the ports located within the jurisdiction of Cebu City. /elb