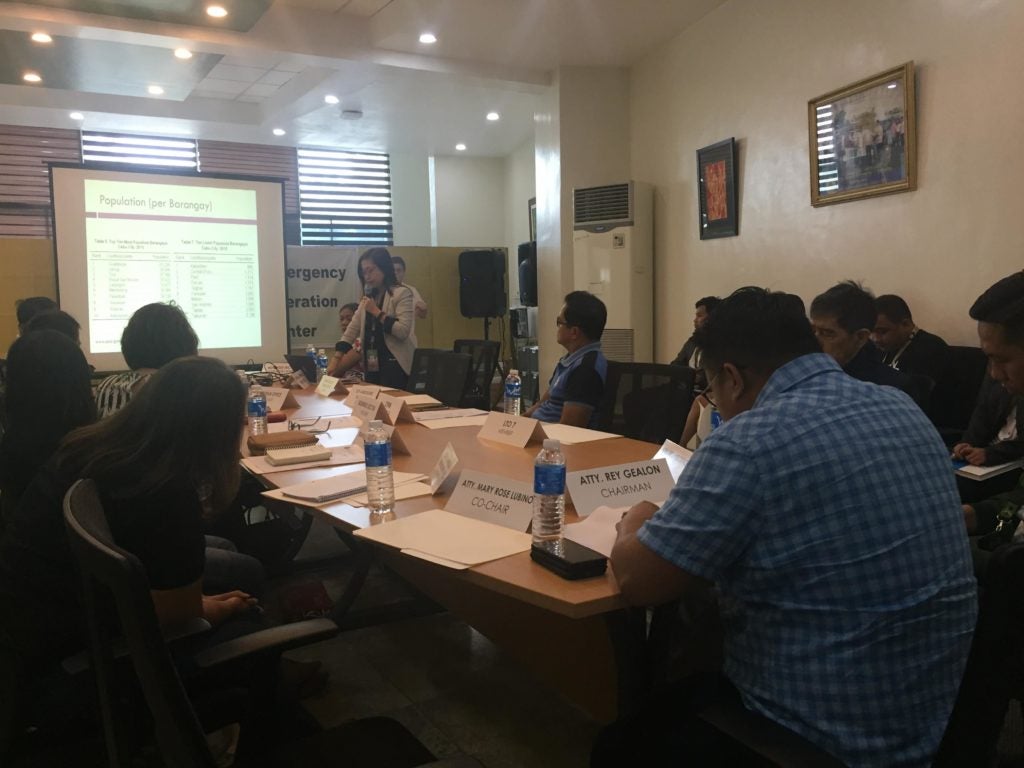 The Transport Plan Team convenes to discuss about the feeder routes of the Bus Rapid Transit project, which is expected to be partially operational by 2021. | Delta Dyrecka Letigio

CEBU CITY, Philippines — The Cebu City government is already considering 15 different routes that would serve as the feeder system for the upcoming Bus Rapid Transit (BRT) system in the city that the Department of Transportation (DOTr) promised to be partially operational by 2021.

City Legal Officer Rey Gealon, who is also the chairperson of the Cebu City Transportation Coordinating Committee (CTCC), said the Transport Plan Team was convened on Thursday, February 13, 2020 to ensure that the routes would be in place before the BRT would begin to operate.

This is also in line with the mandate of DOTr for the jeepney modernization program, that all local government units (LGUs) will have to reaasses their routes with the modern jeepneys coming in by 2022.

Gealon said that the current jeepney routes would not fit the BRT plan as the jeepneys can no longer pass through the BRT route.

The goal of the feeder system is to bring the passengers from the interior roads and barangays of the city to the BRT stops along the route traversing the South Road Properties to IT Park in Barangay Apas.

Furthermore, the feeder system would also incorporate stops within its routes.

“Unlike the common practice of jeepneys stopping anywhere within their routes, the feeders will have proper stops where people can load and unload safely. People will have to walk to these stops,” said Gealon.

Gealon said this would help in managing the traffic as there would be designated stops for the modern jeepneys, making it easy for traffic enforcers to identify the violating vehicles.

“Positive ang impact ani sa (to the) traffic kay (because) this is the first time we will scientifically charter the routes of our Public Utility Vehicles (PUVs). Karon nga naay (now there is) science into it, we will identify how many passengers are commonly using a certain route, how far the stops should be,” he said.

The Transport Plan Team will reconvene again as the operation of the BRT draws nearer to finalize more feeder routes./dbs