Golden years of love: The key to a lifetime marriage 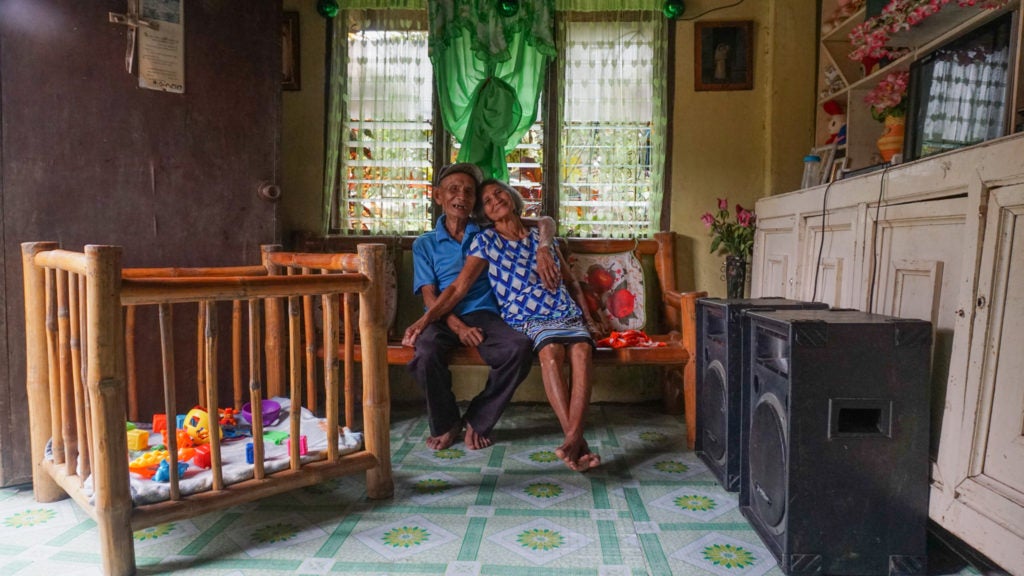 For five decades, Solomon and Lucia continue to be together as a married couple facing their lives’s triumphs and problems together. | Gerard Francisco

NAGA CITY, Cebu, Philippines — A love story that can stand the test of time. This was the kind of love Solomon Alfanta, 76, promised his wife, Lucia, 74, 50 years ago in front of the altar.

This very promise was what the couple held onto in the five decades they shared together through thick and thin, sickness and health, and hopefully until death part them.

The couple has seven children and 21 grandchildren during their fruitful years, and they live in a small home that they had painstakingly built over the years of farming, hog raising, and selling in the market in Barangay Cantao-an, a mountain village in the City of Naga, in the southern portion of Cebu.

In April 2019, Solomon became an internet viral sensation after he was tricked by a customer at the Minglanilla Public Market. The customer paid a fake P1,000 bill and Solomon gave him a change of over P900, real money.

A netizen posted the photo on Facebook telling Solomon’s sad tale, and it garnered the sympathy of many people including celebrities. People began helping Solomon through monetary aid.

Almost a year after the incident, Solomon continues to receive help from good-hearted souls for his maintenance medicine for his heart and lung problems.

Beside Solomon and strongly supporting him through the tough times `is Lucia, never leaving his side, even in the darkest days. 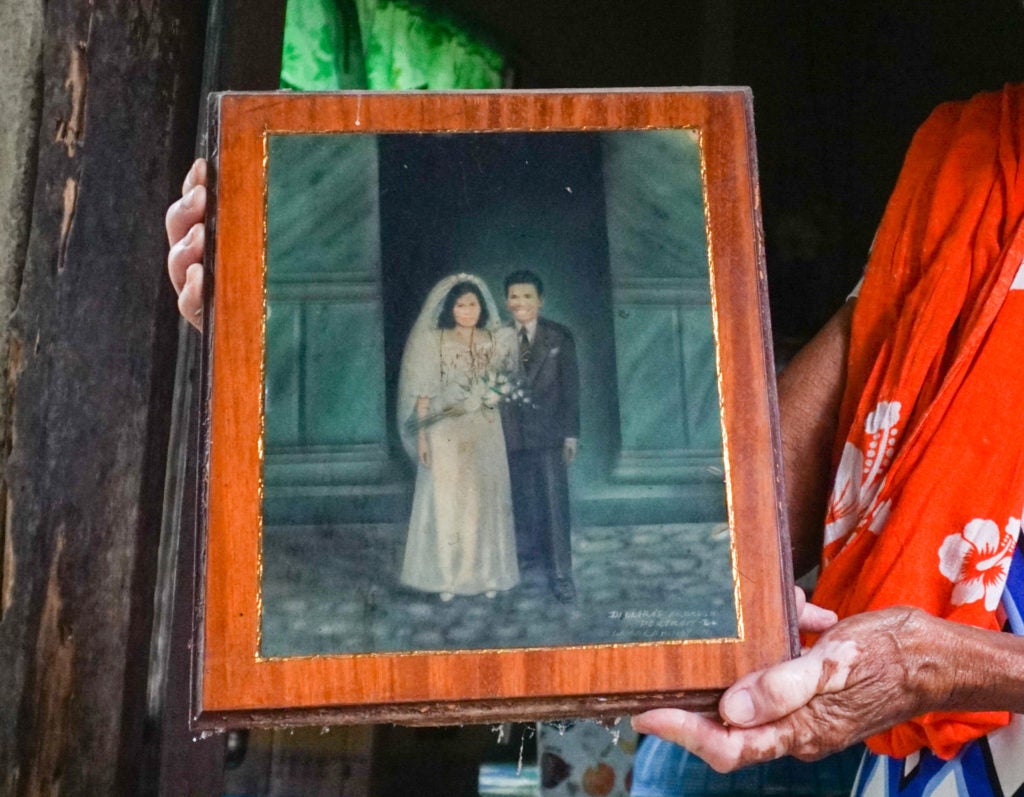 The marriage portrait of Solomon and Lucia Alfanta, who married 50 years ago in a church in Naga City. | Gerard Vincent Francisco

In June 1970, then 25-year-old Lucia was shocked by the proposal of her childhood friend, Solomon, to get married. Solomon had visitied Lucia at the Naga public market where she was selling vegetables.

The last time they shared a sweet moment together was five years ago, in a 1965 baile organized by the locals of Barangay Cantao-an in Naga City.

(I never thought he would propose because the last time we danced together was a long time before that. I did not even finish the dance. Now, he wanted to ask for my hand.)

Solomon said the reason why he wanted to get married immediately was because his aunts, who served as his guardians, wanted him to be married already at the age of 27.

At that time, he had asked permission to go to work in Manila, but his aunts wanted him to settle down. Lucia, who was his childhood friend and at some point sweetheart, seemed to be the best option.

(My aunts wanted me to get married. In order to leave their home, I agreed. I asked Lucia’s father for her hand, and we got married at the Naga Church.)

Lucia was very surprised by the determination of Solomon to marry her. She did not believe on his initial proposal, but she was dumbfounded when her father called her home and told her that Solomon wanted to marry her.

Her father told Lucia that he knew Solomon never courted her. He did not immediately give his blessing as Solomon seemed to be a happy go lucky guy for his daughter.

(I do not know how  I made her say yes to me when the proposal and the plan to get married was just a spur of the moment thing. But how time flies and 50 years have passed since then, and we are still together.)

The couple married on July 12, 1970 a the Naga Church in front of family and friends. 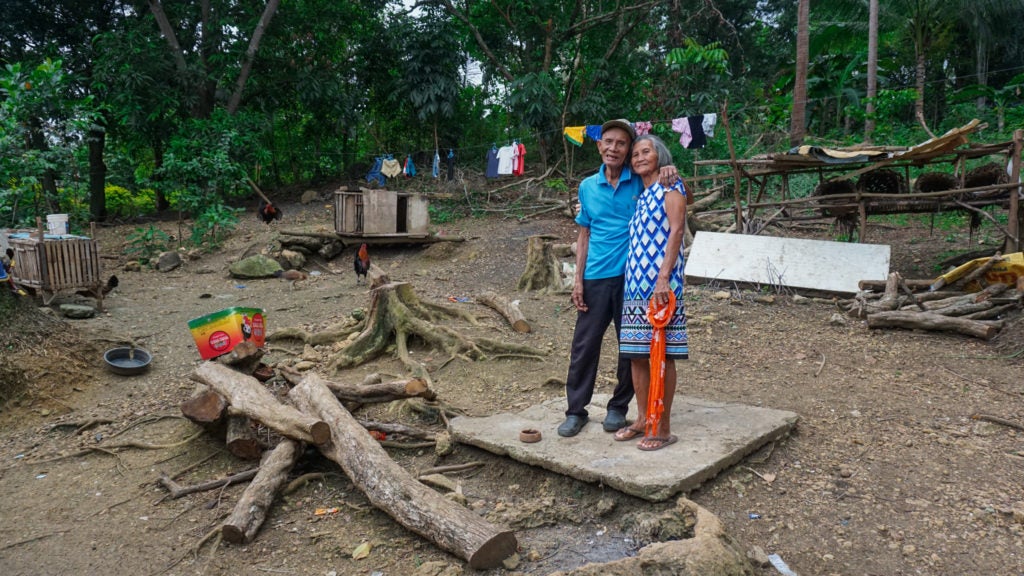 Married life has not been a bed of roses for Tatay Solomon and Nanay Lucia, but they have endured and continued to loved each other and have stayed together for five decades now.    | Gerard Francisco

The couple struggled with poverty throughout their marriage. They started to live in a small bungalow beside Solomon’s aunts immediately after their marriage living off on farming ang selling in the public markets.

Their sons Louis, Jose, Carlos, Isidro, and Gliserio were born into this home. Years later later, in 1982, they lost their first home to a  typhoon that brought the house down.

Nothing was left. They moved into the house owned by Solomon’s aunt. Still barely a year after, they lost this house to a fire.

That year was one of the most difficult challenges the couple went through together, and Lucia remembered how difficult their lives were as they lived under a tree for some time.

(Thankfully, there were a lot of people who took pity on us and helped us. They helped us build a small shack)

In 1987, Solomon was able to purchase a lot closer to the center of the barangay, for only P1,700. This has been the family’s home for the last three decades.

Solomon and Lucia were also blessed with two girls, Alicia and Analiza, whom they waited for a long time.

Throughout their relationship, arguments have become a normal part of their journey, but the couple have their own coping mechanism in facing marital problems.

Solomon often visited relatives on days he felt that he needed a breather from his wife, but he would always go home on the evening because he said a husband must always go home to his wife no matter what.

(I got used to it. Sometimes, we go overboard with our words. When he would come home later already calm, that’s when we would talk about what happened.)

Lucia said the secret to a marriage through the thick and thin is choosing to stay in the relationship no matter what. 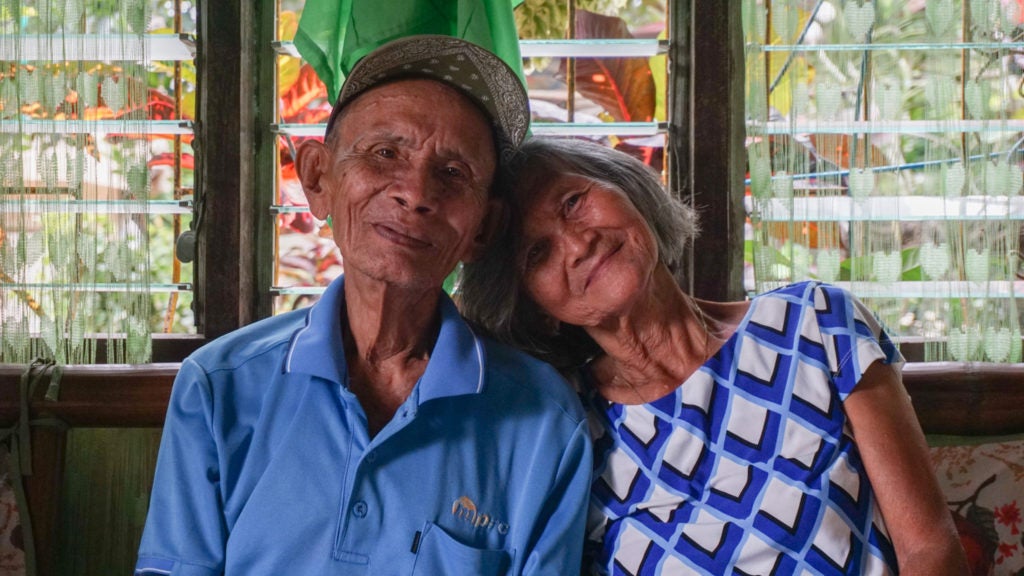 Like normal couples, Tatay Solomon and Nanay Lucia also have their arguments but they always find a way to talk and straighten their misunderstandings after a few hours when they both have cooled off..| Gerard Francisco

The incident last April 2019, where Solomon was duped by a customer, came as a blessing in disguise for the couple.

At that time, Solomon was already suffering a heart disease and was later diagnosed with tuberculosis. The money people gave him was used for his maintenance medicine.

(I am very grateful to the people who helped us. Until now, some people still buy my vegetables and bananas in the market and they refuse to accept the change.)

Until now, Solomon feels the support of their community after the incident with neighbors occasionally bringing rice or food for them.

Lucia is also suffering from a mild cataract on her left eye. She does not have the funds to visit a doctor, and she continues to suffer with her sight.

Yet as long as she can see, she will continue to work for the family. 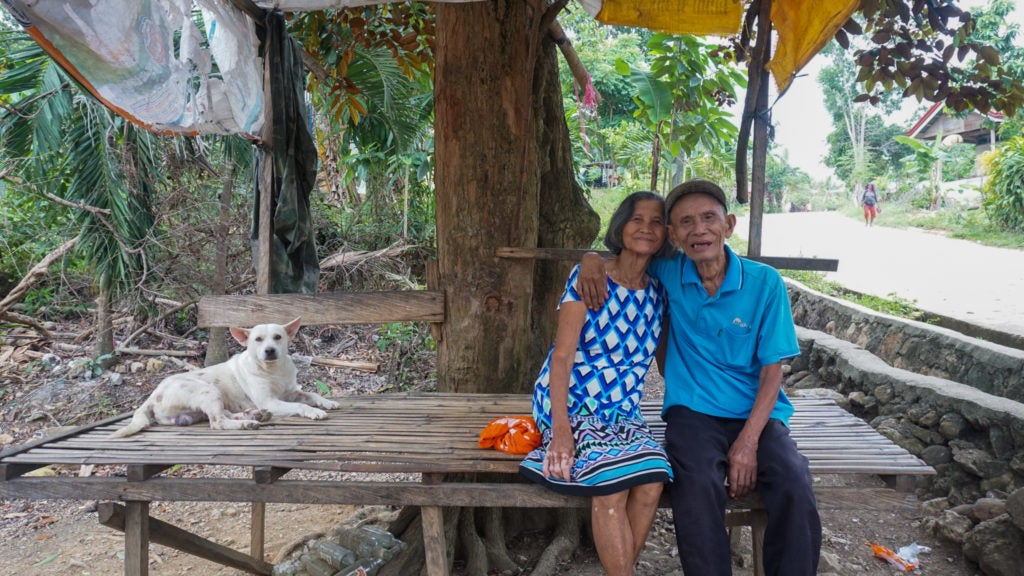 Solomon and Lucia Alfante sit on their wooden chair built outside their house in Cantao – an, Naga City, Cebu | Gerard Francisco

The couple has been together for a long time they can no longer imagine life without each other. Even though the challenges get harder each day, they still hold each other hands and as tight as they did 50 years ago on their wedding day.

This Valentine’s Day, neither Lucia or Solomon will be selling goods in the public market. This has always been their practice every year.

Since they are now in their elder years, they no longer have the strength to stroll around like they used to, but they will spend the day of love in the home they built three decades ago.