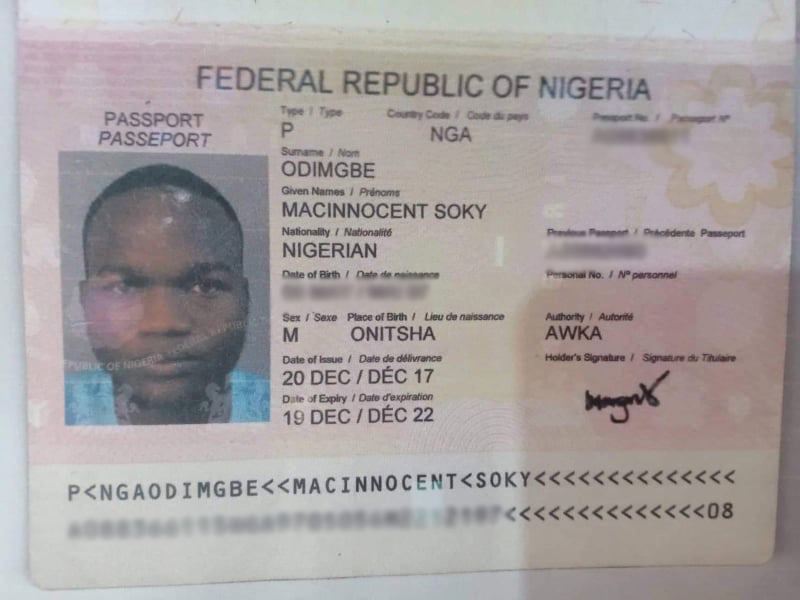 CEBU CITY, Philippines— Members of the Cebu City Police arrested a Nigerian national on Tuesday, February 18, 2020, after he allegedly attempted to rape a 21-year-old college student in her boarding house in Barangay Sambag 1 here.

Police identified the suspect as Soky Odimgbe, 22, a medical student of a Cebu university where the victim also studied at.

Odimgbe was arrested at around 3:00 p.m on Tuesday just outside the university campus.

According to Police Major Elisandro Quijano, the chief of Cebu City Police Station 2 (Abellana Police Station), this was not the first time that Odimgbe was reported to their station for the same complaint.

(He seemed to be drunk when he did this. He already has a record here with us when he was also drunk. But the victim didn’t file a case since she just forgave him.)

Odimgbe will be facing charges of attempted rape and trespassing.

According to a police report, Odimgbe arrived at the victim’s boarding house along Urgello Street past 12 midnight on February 18, 2020.

Odimgbe allegedly covered the victim’s mouth so she couldn’t call for help and brought her to the restroom, where he punched the victim in the stomach, choked her, then started molesting her.

The victim, though, managed to make enough noise to be heard by one of her boardmates, who then checked the commotion.

It was then that Odimgbe stopped and ran out of the boarding house.

The victim immediately went to  Station 2 to report the incident. /bmjo