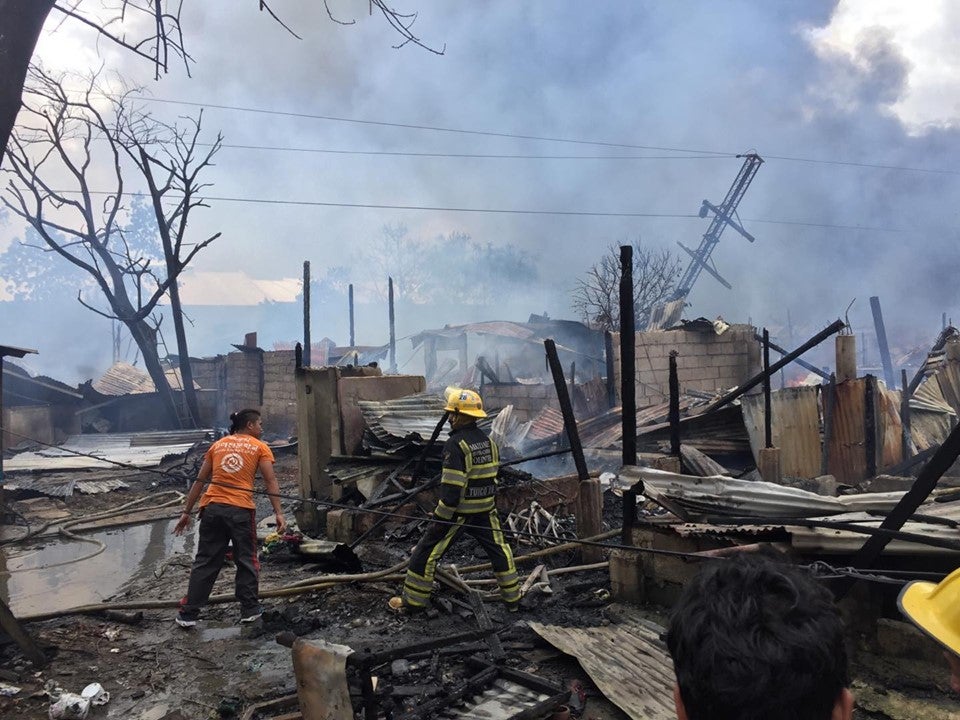 MANDAUE CITY, Philippines — The fate of some of the fire victims on the February 17, 2020 fire in Barangay Tabok, Mandaue City to return and rebuild their homes will rest on the owners of the lot.

Tabok Barangay Captain Dario Tariman told CDN Digital in an interview that he learned that at least 16 of the 181 households affected by the fire might not be allowed to return to rebuild their houses because they had not been diligently paying their dues in the past to the owners.

Tariman said that these affected households or families would depend on their unofficial negotiations with the lot owners if they would be allowed to return to rebuild at the Tabok lot.

Almer’s Compound, the fire site, is a privately owned property that has been either sold or leased to the homeowners.

Vincent Guy Aquino, Mandaue City Housing and Urban Development Office (HUDO) project coordinator, said the city could not directly intervene between the homeowners, who were affected by the fire, and the lot owners because the two parties had existing contracts on the lease of the property.

(Even before the fire incident, the owners of the lots already met with the homeowners to discuss their dues. Some of them have direct purchase contracts with the lot owners.)

As of Thursday, February 20, Tariman said most of the fire victims had already started to clear their burnt houses of debris and installed tents or galvanized iron sheets to put up their roofs.

(Others are working on their houses so they can transfer already because the space is very limited at the barangay gym. We, in the barangay, are also looking for housing materials so we can assist them in rebuilding.)

Meanwhile, Aquino said that at least 26 houses, including those that were damaged from the fire, had encroached on the three-meter easement from the Tabok side of the riverbank of Butuanon River.

Aquino said all structures that had encroached on the three-meter easement, damaged from the fire or not, must setback accordingly as they were also working on clearing the riverbanks from settlers in line with their measures against poliovirus.

The Department of Health (DOH) earlier announced that samples from Butuanon River tested positive for the poliovirus.

The Mandaue city government has since declared the river, along with Mahiga and Tipolo rivers, as off limits to the general public./dbs