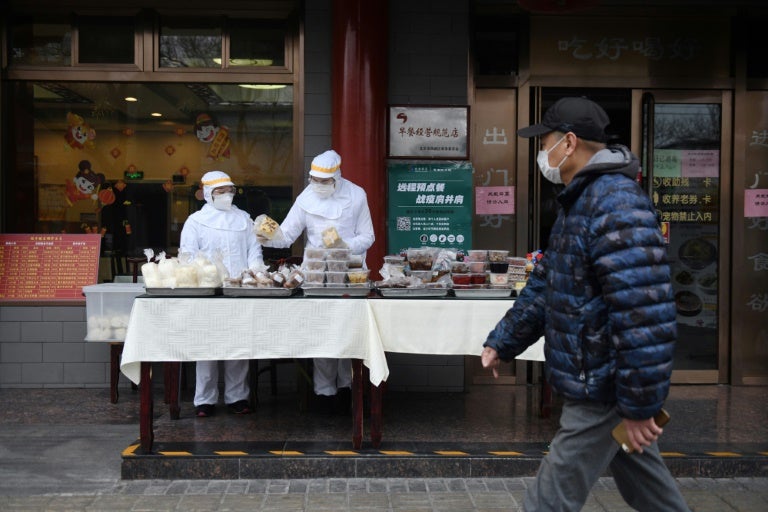 China on Thursday touted a big drop in new virus infections as proof its epidemic control efforts are working, but the toll grew abroad with deaths in Japan and South Korea.

Fatalities in China hit 2,118 as 114 more people died, but health officials reported the lowest number of new cases in nearly a month, including in hardest-hit Hubei province.

More than 74,000 people have been infected by the new coronavirus in China, and hundreds more in over 25 countries.

The number of deaths outside mainland China climbed to 11. 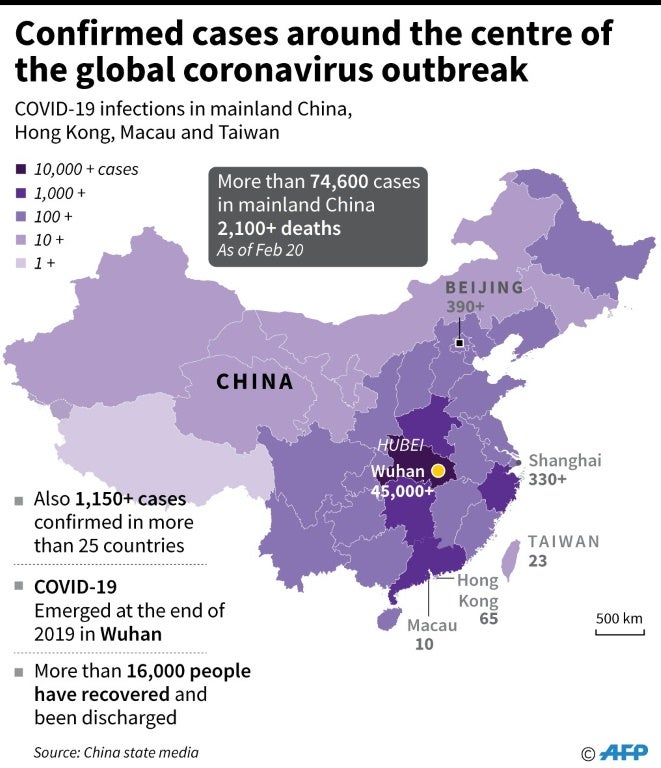 Confirmed cases at the centre of the global coronavirus outbreak

Japan’s toll rose to three as a man and a woman in their 80s who had been aboard a quarantined cruise ship died, while fears there mounted over other passengers who disembarked the Diamond Princess after testing negative.

South Korea reported its first death, and the number of infections in the country nearly doubled Thursday to 104. 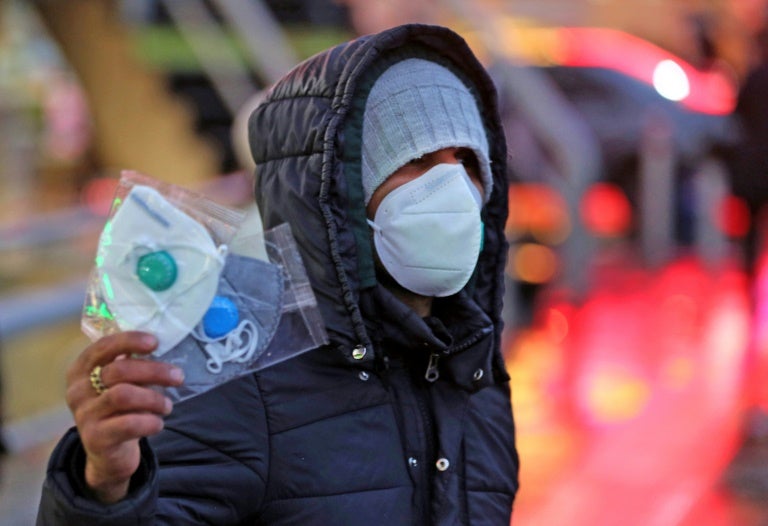 A street vendor hawks protective face masks in Tehran, as more cases of the new coronavirus are reported in the Islamic Republic

Chinese officials say their drastic containment efforts, including quarantining tens of millions of people in Hubei and restricting movements in cities nationwide, have started to pay off.

South Korean President Moon Jae-in “chose to call to express sympathies and support” regarding the outbreak, Xinhua said. Xi told him the epidemic’s impact on bilateral ties will only be temporary.

Xi told Pakistani Prime Minister Imran Khan that their two countries “are true friends and good brothers,” and that combating the virus is his government’s top priority.

At a special meeting on the virus with Southeast Asian countries in Laos, China’s Foreign Minister Wang Yi said results “show that our control efforts are working.”

Although more than 600 new infections were reported Thursday in Hubei’s capital Wuhan, it was the lowest daily tally since late January and well down from the 1,749 new cases the day before. 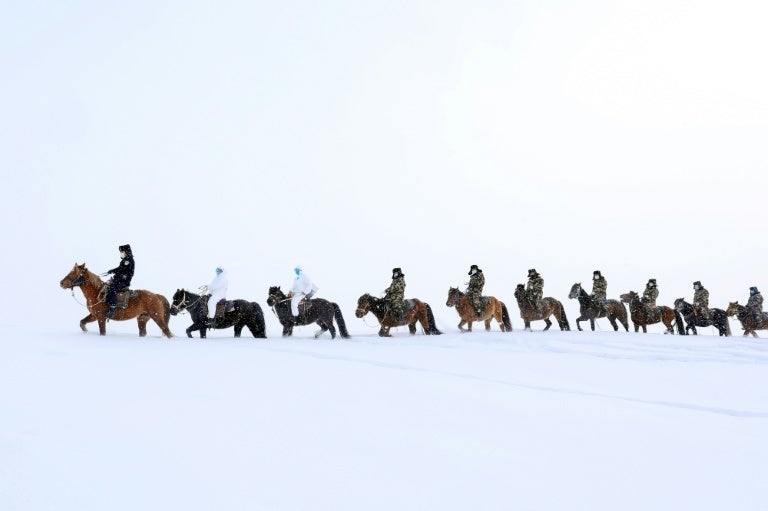 The national figure has fallen for three straight days.

Chinese authorities placed the city of 11 million under quarantine on January 23 and quickly locked down the rest of the province in the days that followed.

Wuhan authorities this week carried out door-to-door checks on residents, with the local Communist Party chief warning that officials would be “held accountable” if any infections were missed.

Cities far from the epicentre have limited the number of people who can leave their homes for groceries, while rural villages have sealed off access to outsiders.

In Japan, critics slammed the government’s quarantine measures imposed on the Diamond Princess. 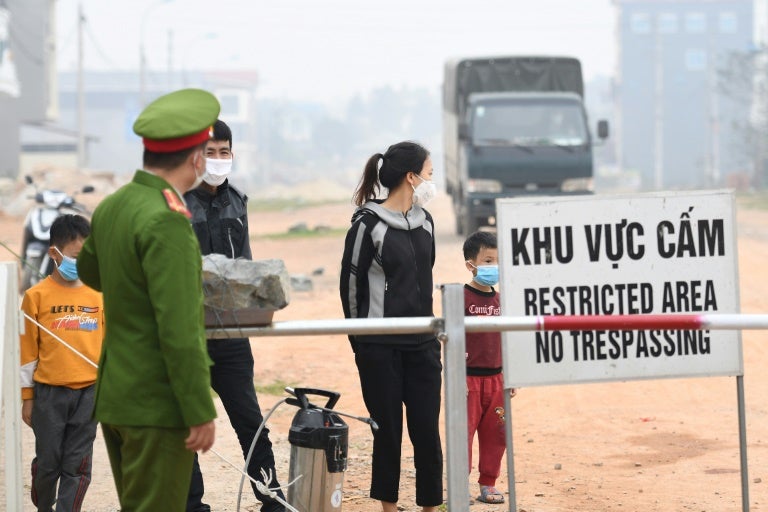 The huge vessel moored in Yokohama is the biggest coronavirus cluster outside the Chinese epicentre, with 634 cases confirmed among passengers and crew.

Another 13 people on board the ship were diagnosed with the virus Thursday, Japan’s health ministry said.

Still, passengers were disembarking after negative tests and having completed a 14-day quarantine period — packing into yellow buses and leaving for stations and airports.

An infectious diseases specialist at Kobe University slammed the quarantine procedures on board as “completely chaotic” in rare criticism from a Japanese academic.

“The cruise ship was completely inadequate in terms of infection control,” said Kentaro Iwata in videos he has since deleted.

South Korea, meanwhile, announced 51 new cases, with more than 40 in a cluster centred on the Shincheonji Church of Jesus, an entity often seen as a cult.

The infections apparently came from a 61-year-old woman who first developed a fever on February 10 and attended at least four services before being diagnosed.

Authorities were investigating whether she visited a hospital where a long-term patient contracted the virus and later died.

Beyond Asia, citizen backlash was growing over fears of contagion. 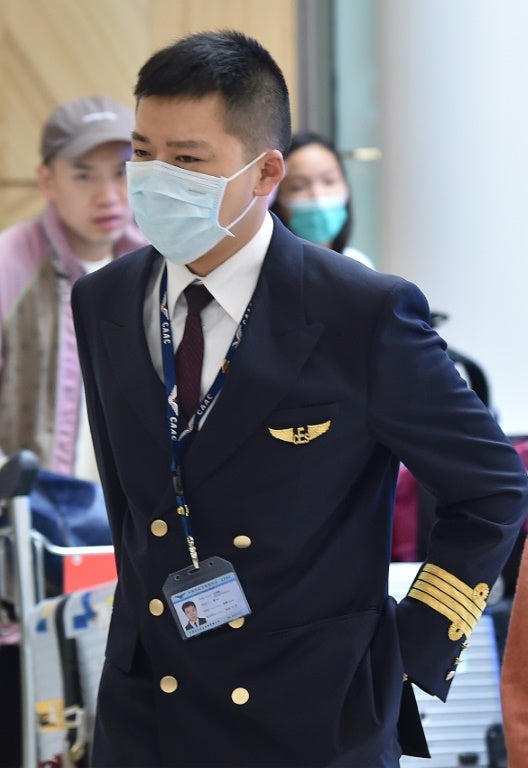 Airlines operating in the Asia-Pacific region stand to lose $27.8 billion of revenue due to the virus outbreak, the International Air Transport Association said

Iraq on Thursday clamped down on travel to and from neighboring Iran, with Iraq’s health ministry announcing people in Iran were barred from entering the country “until further notice.”

And in Ukraine, a crowd clashed with police outside a hospital over government plans to quarantine evacuees from coronavirus-hit China at the site.

Six buses with the evacuees arrived at the medical center in Novi Sanzhary, in the central Poltava region, escorted by police.

Because of the virus outbreak, airlines operating in the Asia-Pacific region stand to lose a combined $27.8 billion of revenue, the International Air Transport Association said.

This is the first time since 2003 that demand for air travel has declined, IATA CEO Alexandre de Juniac said.