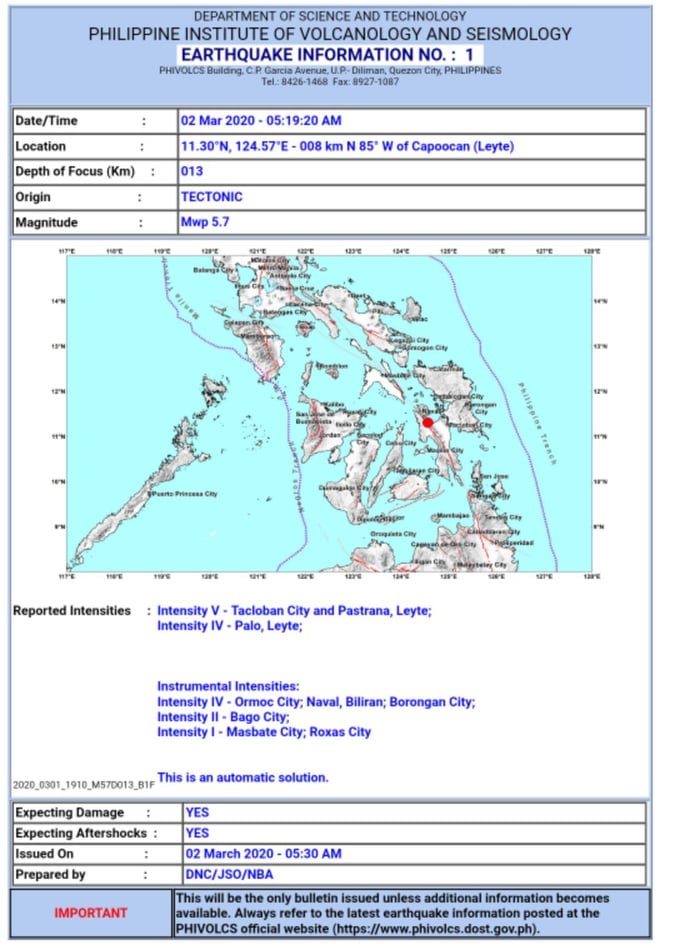 The Philippine Institute of Volcanology and Seismology (Philvocs) said that its epicenter was located around eight kilometers northwest of Capoocan town. The earthquake that was recorded at 5:19 a.m. was tectonic by origin and had a depth of 13 kilometers.

An intensity V earthquake was felt in Tacloban City and Pastrana in Leyte.  Intensity IV was felt in Palo and Ormoc City in Leyte province, Naval in Biliran province and Borogan City in Eastern Samar.

Ground shaking was also experienced in parts of Cebu province earlier today, but no damages have been reported so far. /dcb