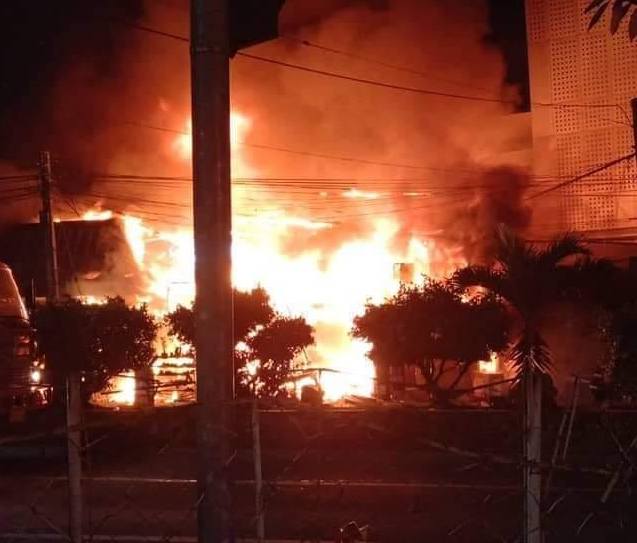 CEBU CITY, Philippines — Following the recent successive fire incidents in Metro Cebu, the Cebu Provincial Board is reminding the public and businesses to be fire conscious at all times.

Aside from that, they are also calling on the Department of Trade and Industry (DTI) to check and evaluate electrical items, gadgets, devices and appliances that are being sold in the market.

Board Member Glenn Anthony Soco, chairman of the Committee on Commerce and Industry, said most of the causes of the fire incidents had been faulty electrical wiring and unattended gadgets.

With this, the PB is sgain asking the public to be vigilant and “fire conscious” at all times.

“They must regularly check all electrical wirings, especially the old installations,” Soco said.

He also discouraged the public from using substandard electrical wiring and equipment and to be conscious on the length of time that an equipment is being used in order to prevent the overheating of appliances which might result to a fire incident.

He also called on businesses and the DTI to ensure that these gadgets, appliances and devices were or would be standard or high quality items.

“It must be made sure that before these gadgets, appliances and devices are offered for sale to consumers, they must have passed the stringent quality check by the agency,” Soco said in a resolution.

Soco said that the business owners should also take measures to ensure that the goods that they were selling would be on par with quality standards.

Soco said that in February 2020 alone, there were at least three massive fire incidents that left hundreds of families homeless.

The fire in Barangay Centro on February 17, did not only render the residents homeless but also claimed three lives: Those of Retired Judge Gerardo Gestopa, his wife Louella, and grandson Gerick.

Last Saturday, February 29, another fire broke out in Mandaue City, this time in Barangay Ibabao-Estancia. The fire razed at least 320 houses.

Fire investigators also estimated the damage to property in the Barangay Ibabao-Estancia fire to at least P2.4 million./dbs