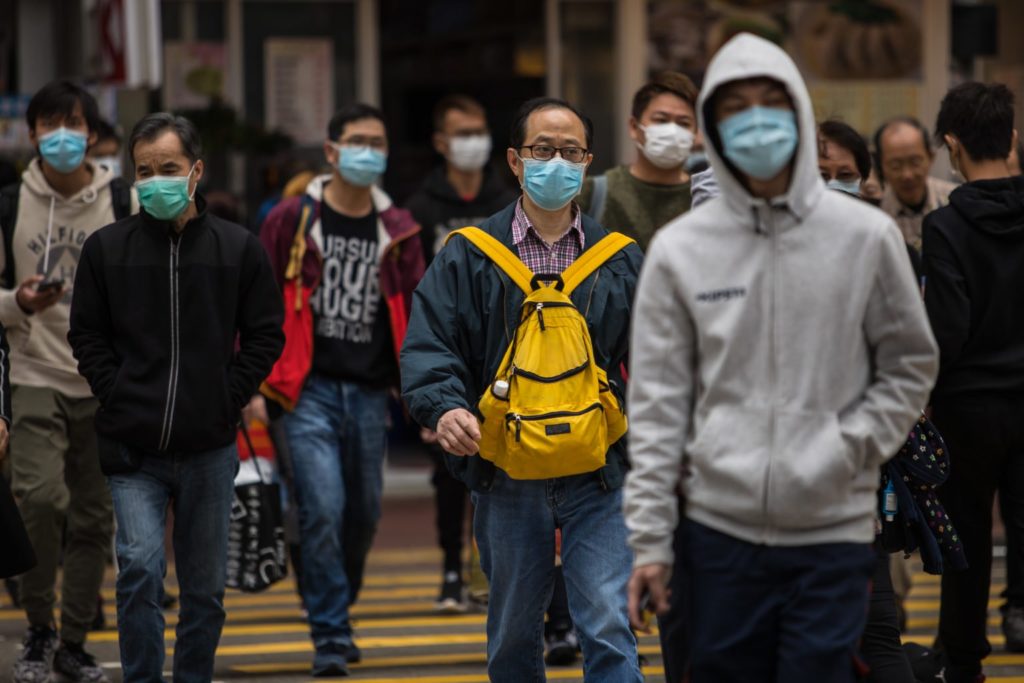 People wearing protective face masks cross a street in Hong Kong on February 9, 2020, as a preventative measure after a coronavirus outbreak which began in the Chinese city of Wuhan. The previously unknown virus has caused alarm because of its similarity to SARS (Severe Acute Respiratory Syndrome), which killed hundreds across mainland China and Hong Kong in 2002-2003. (Photo by DALE DE LA REY / AFP)

MANILA, Philippines — A Taiwanese who flew from the Philippines was confirmed to have contracted COVID-19, the coronavirus disease that originated from China’s Wuhan city, the Taiwan’s health department confirmed on Thursday.

According to Taiwan Centers for Disease Control, the 30-year-old male, resident of Northern Taiwan, went to the Philippines with his friends from Feb. 28 to March 3.

The patient experienced diarrhea in the Philippines on March 2 and only returned to his country on March 3.

Upon arriving in Taiwan, the patient suffered from dry throat and tiredness. He was hospitalized which was then revealed that he is positive for the disease.

Taiwanese health authorities said it is “an imported case linked to the Philippines.”

The novel coronavirus has infected more than 90,000 people globally, mostly people from China.