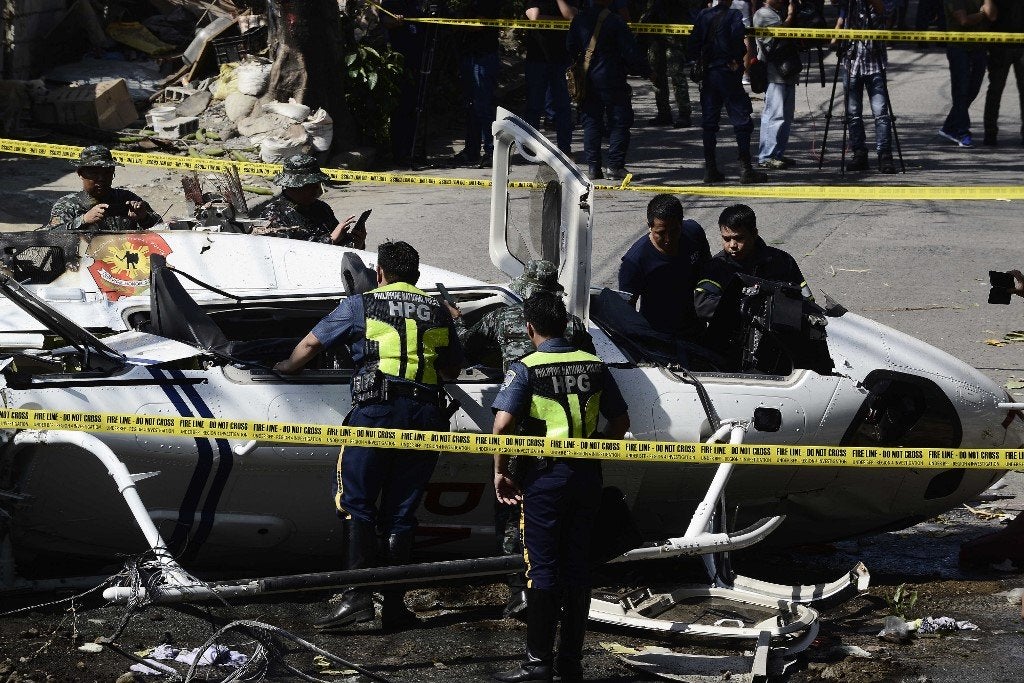 Investigators stand next to the remains of a Bell 429 helicopter, whose passengers were ranking national police generals including the chief of the national police General Archie Gamboa, after it crashed seconds after taking off in San Pedro town, Laguna province, south of Manila on March 5, 2020. – According to press reports, all the passengers were brought to the nearest hospital for treatment. Photo by DANTE PERALTA / AFP

Police Brigadier General Albert Ignatius Ferro, PRO – 7 director, said their office held a Mass hours after news broke out that the helicopter carrying Gamboa and six other police officials from Crame crashed a few seconds after it took off in San Pedro town in Laguna.

“We held a Mass to pray for the speedy recovery of our colleagues, especially to our chief PNP, and the crew of the helicopter,” said Ferro.

The helicopter was carrying a total of eight passengers, including its pilot, co-pilot, and crew.

Gamboa, Banac and the crew of the helicopter were in stable condition. Magaway and Ramos were unconscious and in critical condition as of noon on March 5.

All passengers were initially brought to Unihealth Southwoods Hospital and Medical Center in Laguna except for Magaway and Ramos, who were admitted to the Intensive Care Unit (ICU). /bmjo

Read Next
Prices of different types of cabbage