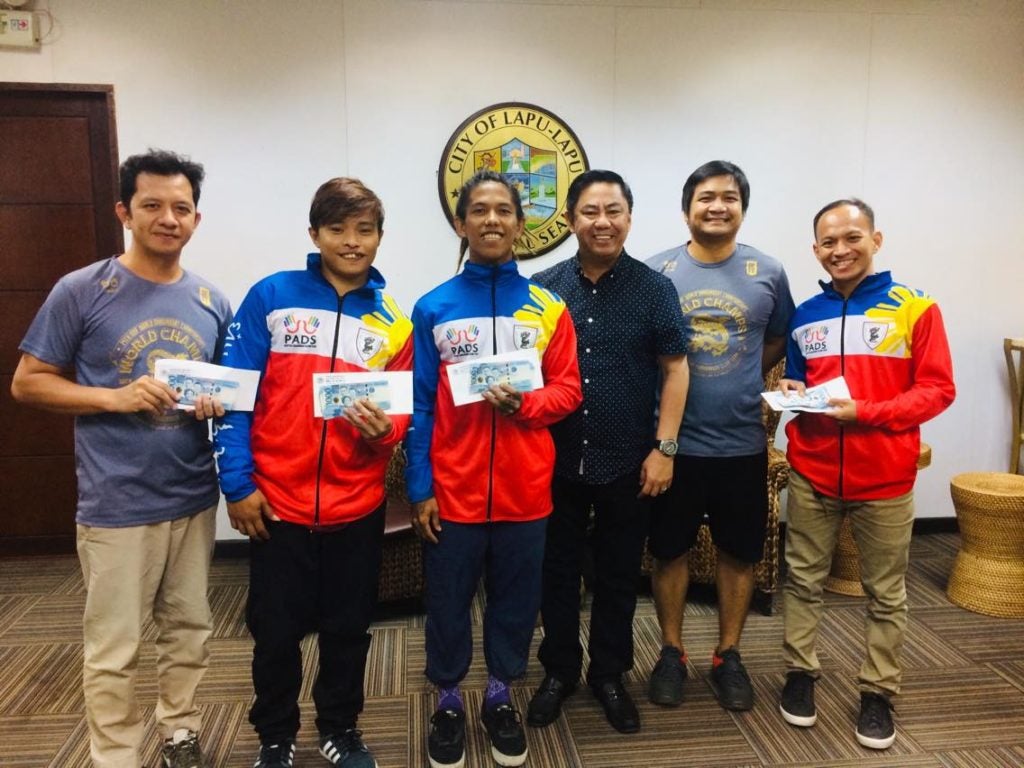 CEBU CITY, Philippines—Member paddlers of the Philippine Accessible Disability Services, Inc. (PADS) Dragonboat Racing Team who are residents of the cities of Lapu-Lapu and Mandaue have received their cash incentives that were promised to them by their respective local government units (LGUs).

The team of persons with disabilities (PWD) accounted for the four gold medals that the Philippine team brought home from that competition.

Team manager John Paul “JP” Maunes said that they are delighted that Mayors Chan and Cortes have kept their promise to the paddlers.

“We are truly grateful to Mayor Ahong Chan of Lapu-Lapu City and to Mayor Jonas Cortes of Mandaue City for rewarding our paddlers the cash incentive they deserved. It means a lot to them and to their families. It motivates them a lot to work harder specially for the upcoming world club crew championships in France this August 2020,” said Maunes.

According to Maunes, they’re hoping that the Cebu City Government will also make do with its promise of giving cash incentives to their members who are residents of Cebu City. And, also give them their promised reimbursement for the IDBF World Championships expenses as they can also use this for their upcoming club crew race in France.

“We can only hope for the best that the Cebu City Government thru the leadership of Mayor Edgar Labella will fulfil his promise to our Cebu City paddlers during our courtesy visit at the mayor’s office right after we won the world championships a few months ago. I know he has a word of honor. I pray also that the Cebu City Council will also sponsor a resolution to approve the budget for the cash incentives of the athletes. The athletes deserved it, they trained well and worked hard to bring honor to Cebu City and to our country,” said Maunes. /bmjo

Read Next
Policemen assigned to Argao police station to be investigated