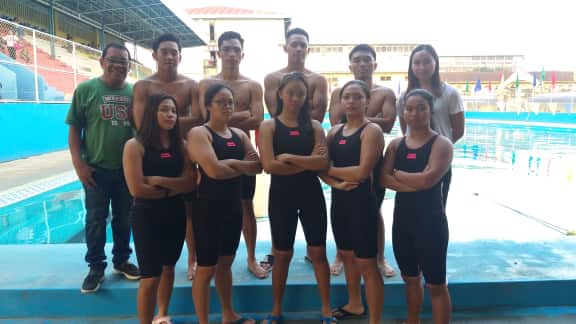 This, after Cebu City ruled the football and swimming events on the first day of competition in the regional finals held in various venues here in Cebu City, Saturday, March 7, 2020.

In football held at the Cebu City Sports Center (CCSC), Cebu City, manned by Cesafi 7-time men’s football champions, University of San Carlos (USC) Warriors, was once again the regional champions after clobbering the team from Bohol twice, 8-1, in the first game and 7-1 in the second game.

In swimming, the Cesafi tankers of USC, Sacred Heart School-Ateneo de Cebu (SHS-AdC), University of the Visayas (UV), and University of Cebu (UC) ended as the overall champions after reigning supreme in both juniors and seniors divisions.

The rest of the gold medals in swimming were handed in by Kristin Austria, Maria Aalyah Biagan, Shane Pareja and Denyse Dignos.

The PRISAA regional finals will end on Sunday, March 8, 2020 with the winners to form the core of the Central Visayas delegation to the national finals.|dbs

Read Next
IN Photos: P9M marijuana plants destroyed in Asturias