‘There’s more to life than sports’ 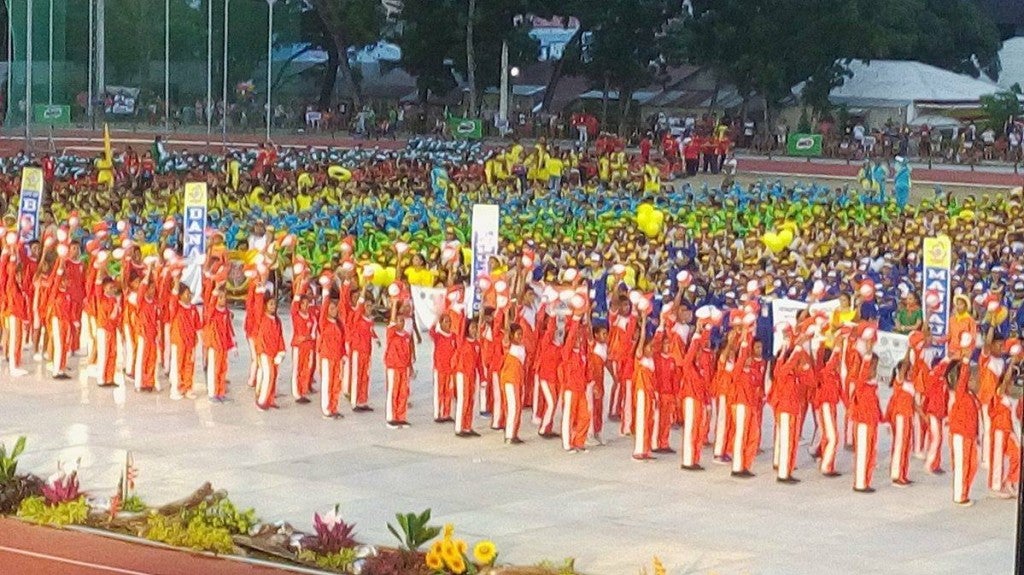 A file photo of the 2017 CVIRAA meet held at the City of Naga.

CEBU CITY, Philippines – It may be an inconvenience for some, but some athletes and sports officials from Central Visayas believe that suspending the Central Visayas Regional Athletic Association (CVIRAA) sports meet is the right move.

“Races can wait, health is more important,” said Moira Frances Erediano, who was set to represent Mandaue City in athletics competition of the annual sporting meet that is the basis for the selection of the athletes who will represent Central Visayas in the Palarong Pambansa.

The regional meet has been suspended indefinitely for the third time due to the threat of the Coronavirus Disease (Covid-19).

“I support the postponements because I trust the wisdom of our leaders in the government. I know it is for the safety of us athletes,” added Erediano.

(It is fine. We will just wait because this is for our safety and so we can also have a longer time to practice.)

There’s more to life than sports

The week-long, multi-sporting meet was originally scheduled on February 22 to 29, 2020 in Dumaguete City.

Due to the Covid-19 scare, the Department of Education Central Visayas (DepEd-7) suspended all activities involving learners for the month of February.

The meet was then rescheduled to March 15 to 21.

DepEd-7, however, decided to move it to March 21 to 28 so Education Secretary Leonor Briones could grace the opening.

Also, since some of the playing venues were changed, the change of schedule was also seen as enough time to complete preparation for the new venues.

However, the event was suspended anew with Briones issuing a statement of indefinitely suspending all regional meets, including the  Palarong Pambansa, after the Department of Health (DoH) reported the first local transmission of COVID-19 and a spike in the number of cases.

Read: DepEd-7 determined to push through with CVIRAA meet

“While it might disrupt the preparation for CVIRAA participants, this may be the best option for the good of all. There’s more to life than sports,” he said.

Several Ateneo students are representing Mandaue City in the CVIRAA.

University of San Carlos (USC) athletics coach Arvin Loberanis, who has 11 student-athletes competing for Cebu City, expressed misgivings but agreed that the suspension is necessary for everyone’s safety.

(For me it is fine that it has been postponed or even have the CVIRAA cancelled for the sake of the student-athletes’ safety. As a coach, the number one priority is the safety and security of the athletes.)

Loberanis admitted, though, that it can be an inconvenience on their part as they have to keep adjusting their training program, and it will also affect the performance of the athletes.

(It will affect their performance because their training program is periodic and their minds are already set on competing then suddenly it gets cancelled. But, we just motivate them that there are still more events to come so we will continue to train.)

But archery coach Ma. Teresita Beltran said “safety is of paramount importance” and the suspension is a necessity.

(It is alright with archery because we have rigid trainings every day and even during the holidays. We train the whole year round.) /bmjo

Read Next
A tank to thank for in Medellin