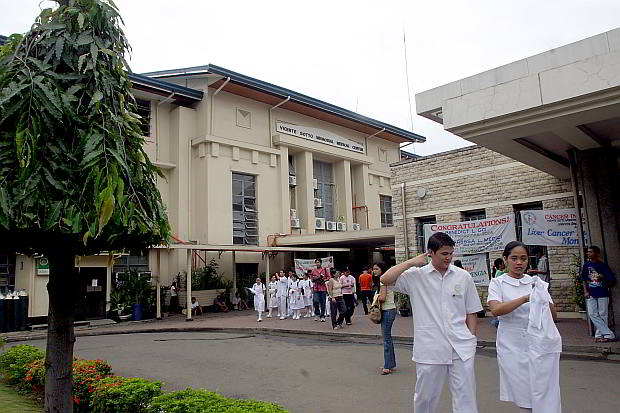 CEBU CITY, Philippines- Scientists from the University of the Philippines (UP) have identified the Vicente Sotto Memorial Medical Center (VSMMC) as one of the testing centers for the Coronavirus Disease 2019 (COVID-19) in the Visayas.

Dr. Raul Destura of the UP Manila National Institute of Health (UP -NIH) and UP Philippine Genome Center, announced this in a press briefing in UP Diliman, Thursday, March 12, 2020.

“Most of the hospitals we called agreed right away to be the testing centers in their respective regions. We called Vicente Sotto Memorial Medical Center (VSMMC) in Cebu City and they said ‘yes’ immediately,” Destura said in Tagalog.

Destura said they have tapped various hospitals from other parts of the country in order for them to commence nationwide testing of COVID-19.

“We have selected some hospitals to test the performance (of the test kits) in the environment before we have them validated,” said Destura in a mix of English and Tagalog.

“We have also contacted Baguio General Hospital, and we’re awaiting their response,” he added.

Destura also said they considered infectious disease experts working in these hospitals as part of their selection process.

“(The hospitals we have selected) each have their own experts on infectious disease so that the interpretation of the clinical data will be clear,” he added.

Destura said they also tapped the help of privately owned hospitals as well.

“This is to assess the performance of the testings done between government hospitals and private ones,” he said.

The Food and Drugs Administration (FDA) gave the go signal for UP scientists to roll out the testing kits in order to monitor individuals suspected to have the virus.

This developed after President Rodrigo Duterte approved the recommendation of the Department of Health (DOH) to place the country under a state of Public Health Emergency (PHE) as the number of COVID-19 cases continues to rise.

As of March 12, 2020, there are 49 individuals infected with the disease in the Philippines. Two of them are confined in hospitals outside Luzon.

The decision to put up testing centers in other parts of the Philippines, said Destura, was to prevent congestion and other logistical issues brought by the possibility of having a centralized system.

Provided, he said, that all hospitals should be following a unified set of protocols.

“If we will go for centralized testing, the logistics would be crazy. So if we empowered our hospitals, which have been doing PCR (polymarese chain reaction) tests for years – because this (COVID-19 testing) is a PCR test too, basically our reach will be widened,” Destura explained.

“The data interpreted, collated, and consolidated will provide DOH the true picture on how burdensome the disease is in the Philippines,” he added.

PCR is used to analyze clinical specimens to determine the presence of ‘infectious agents’ such as the Human Immunodeficiency Virus (HIV). /rcg

TAGS: COVID-19, COVID-19 testing center, University of the Philippines, UP, UP Manila National Institute of Health (UP -NIH), VSMMC