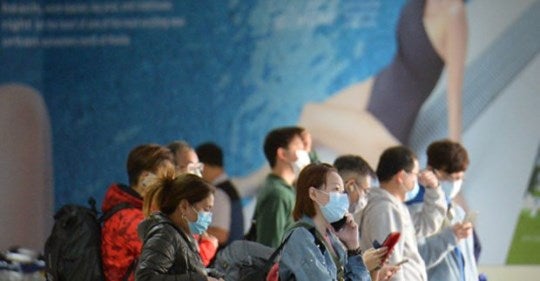 MANILA, Philippines — The Philippines has lifted a travel ban to mainland China except for Hubei province, mainly to allow the return of overseas Filipino workers (OFWs) there.

The lifting of the travel ban was recommended by an Inter-Agency Task Force for the Management of Emerging Infectious Disease (IATF) on March 12, the Department of Foreign Affairs (DFA) said in an advisory on Sunday (March 15).

The easing of travel restrictions, however, applies only to returning OFWs with official documents and Filipino government officials traveling to mainland China on official duty.

Those not covered by the lifting of the travel ban are OFWs on first-time deployment, students, dependents of OFWs and tourists.

“The public is informed that these guidelines are regularly reviewed by the IATF and any changes will be communicated in due course,” the DFA said.

The Philippine government in February banned travel to and from China after the novel coronavirus 2019 (COVID-19) outbreak started in Wuhan, a highly developed city in the province of Hubei. / TSB