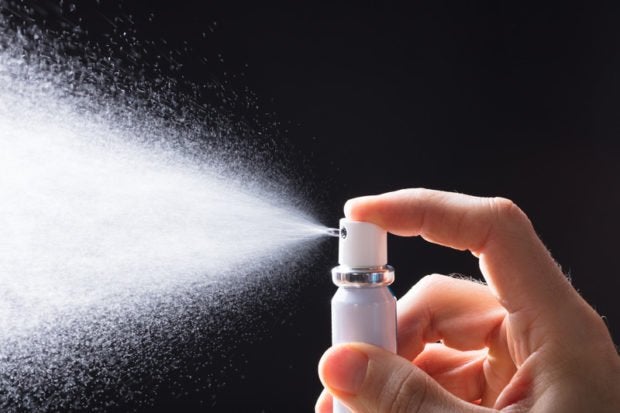 Officials of Gyeonggi Province believe that a saltwater spray used on members of a church could have spread coronavirus. INQUIRER.net stock photo

A Protestant church in South Korea has been identified as the site of a cluster transmission of COVID-19 following a Sunday service where members were sprayed with salt water.

Officials of Gyeonggi Province believe that a saltwater spray used on members of the River of Grace Community Church could have spread the infection, Yonhap News Agency reported yesterday, March 16.

The province released video footage from a surveillance camera that showed church leaders spraying salt water into the mouths of churchgoers before its services on March 1 and 8. It was supposedly a measure for disinfection.

The church’s 135 followers were all tested for coronavirus. Among them, 46 had positive results, including the pastor and his wife. All those with the virus attended the March 8 service.

Following the infections, the church was shut down from last Monday to this Sunday. The pastor, only identified as Kim, told the news agency that he plans to retire following the crisis.

“I feel deeply sorry about what has happened,” he was quoted as saying. “I will take all the blame and responsibility.” Niña V. Guno/JB

Read Next
BREAKING: Duterte: Philippines now under state of calamity due to COVID-19