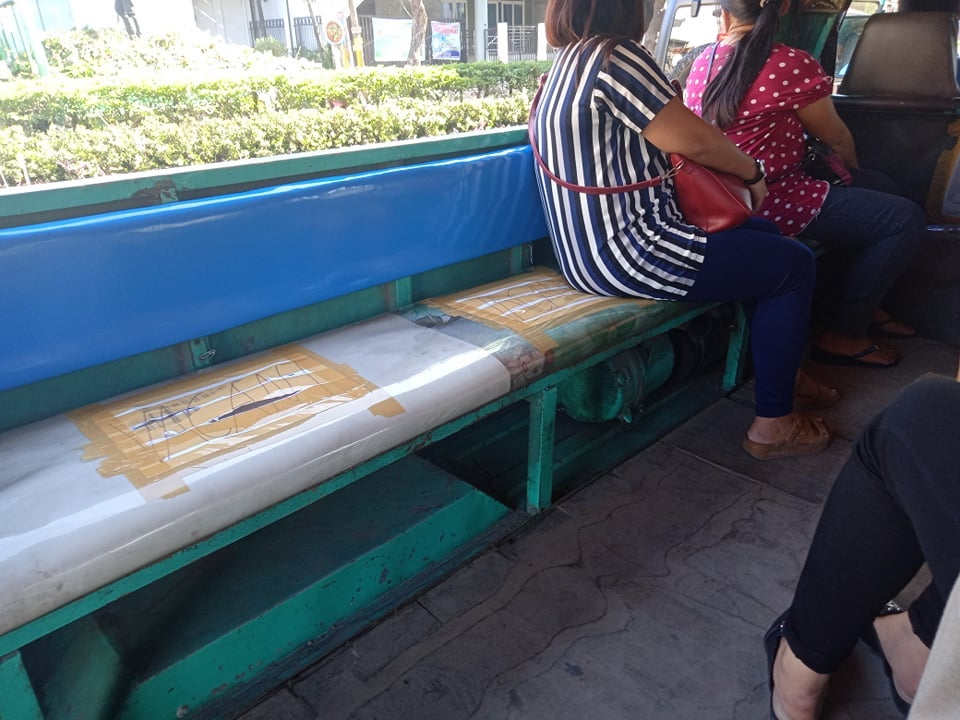 Governor Gwendolyn Garcia is calling on the public to report drivers who ignor the one-seat-apart arrangement in public utility vehicles, which is a social distancing rule, and those who double their fare for observing the one seat apart rule. |CDND file photo

CEBU CITY, Philippines — Cebu Governor Gwendolyn Garcia has encouraged the public to directly report to her or to the concerned government agencies public utility vehicles (PUVs) that do not follow the social distancing protocols against coronavirus disease 2019 (COVID-19) as well as those who collect excessive fare.

A picture, preferably capturing the plate number of the PUV, would suffice for them to go after the erring drivers, Garcia said.

Garcia warned PUV drivers that police checkpoints were already in place to ensure that they would follow the social distancing protocols.

(Do not test us. You may have not been caught yet, but your time will come. We will make sure of that and we will show you an example soon.)

(I call on the public that if you can see a bus or jeepney that is full of passengers, take a photo of that vehicle and if you can take a photo of the plate number. After that, we together with the LTO and the LTFRB will make sure that those erring drivers would be punished.)

From social distancing to double fare

(That cannot be done. You report to the Office of the Governor, to the LTO, or the LTFRB. Give us a report about those drivers who double the fare of passengers because that is not allowed.)

Garcia also warned the drivers to not to take advantage of the riding public and rather be “thankful” that they were still allowed to ply the streets despite the protocols against the spread of COVID-19.

(You should be grateful that you are still allowed to ply your routes because if you know in the capital (Manila) there are no more buses in the streets. Public transport have been stopped. Then if we do this, where will you go.)

The present fare rate for jeepneys in Cebu is P8 for the first five kilometers and P0.90 for each succeeding kilometer.

Aside from those who violate social distancing in public transport, Garcia encouraged the public to also report those who still hold gatherings despite the prohibition imposed by the provincial government.

Garcia said that she will publicly name and “shame” those people who would violate the prohibition on conducting social gatherings that would involve at least 20 people./dbs