Dizon to Labella: Suspend use of ECQ passes 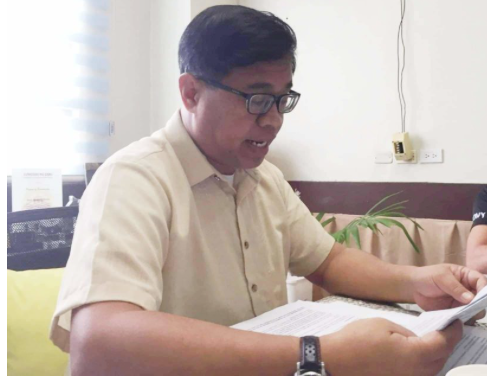 Cebu City Councilor Alvin Dizon is calling on Mayor Edgardo Labella to suspend the use of quarantine passes in the city. | CDN Digital file photo

CEBU CITY, Philippines — Cebu City Councilor Alvin Dizon is asking Mayor Edgardo Labella to suspend the use of the enhanced community quarantine (ECQ) passes as this has caused more problem for the city’s constituents.

In a text message to CDN Digital, Dizon said the ECQ passes had only created chaos and confusion instead of putting things in order.

“(It) Poses a danger threat because according to health agencies, the coronavirus can survive on cardboards for 24 hours, thus, creating another channel for COVID-19 transmission,” said Dizon.

The councilor said that there had been local government units in Metro Manila and in Mindanao, who were no longer providing their residents with a quarantine pass.

Even Mayor Sara Duterte suspended the issuance of quarantine passes in Davao City because it created “chaos and confusion.”

He said a quarantine pass would only increase person-to-person contact and waiting times, which would defeat the purpose of the enhanced community quarantine.

“What’s the point of having quarantine passes when we are already under an Enhanced Community Quarantine. We will only allow our residents to leave their homes for work, medical purposes, or to purchase food and supplies,” said Dizon.

The councilor also said that the police would also be put at risk especially since they would need to check on the quarantine passes and would have to touch and come in contact with them.

He said this was a serious loophole in the safety measures of the city because the city would be exposing the policeman and people to the deadly virus.

Dizon already raised the concern to Labella and the mayor responded that he would carefully consider the suggestion. /dbs