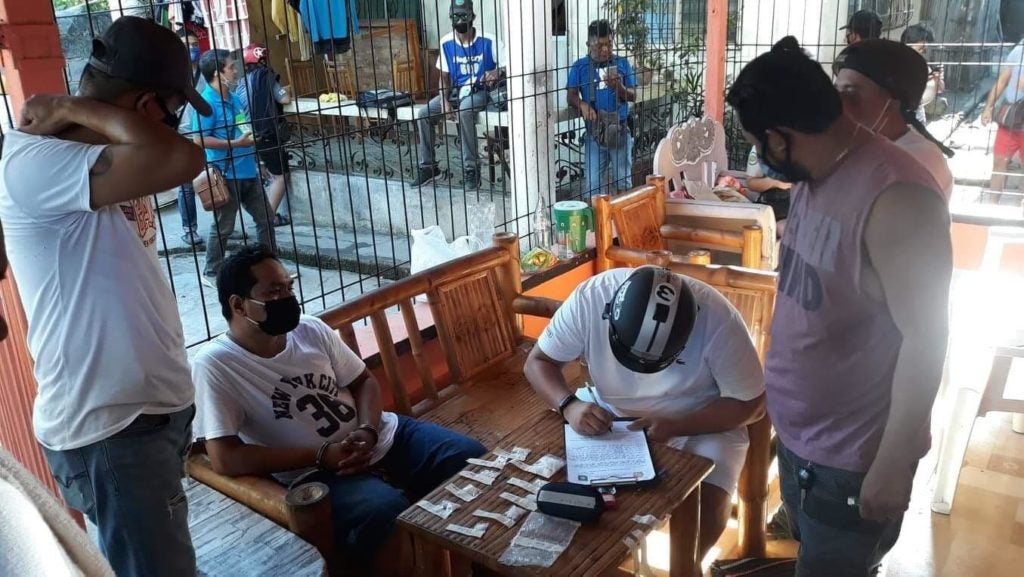 Police seize P340,000 worth of suspected crystal meth from a drug personality from Cebu City on April 23, 2020.
| Photo courtesy of Dumaguete Police

An estimated 50 grams of suspected shabu (crystal meth) worth around  P340,000 was seized from Jericho Calumba, a native of barangay Labangon, Cebu City and temporarily residing in barangay Batinguel, Dumaguete City.

Police Lieutenant Allen June Germodo, deputy of the PDEU, said the suspect was already arrested for illegal drugs in Cebu in 2017 but was later acquitted.

(He might have come here to cool down. He sells big time.)

The suspect is currently detained at the Dumaguete City Police Detention Cell pending the filing of charges. /bmjo