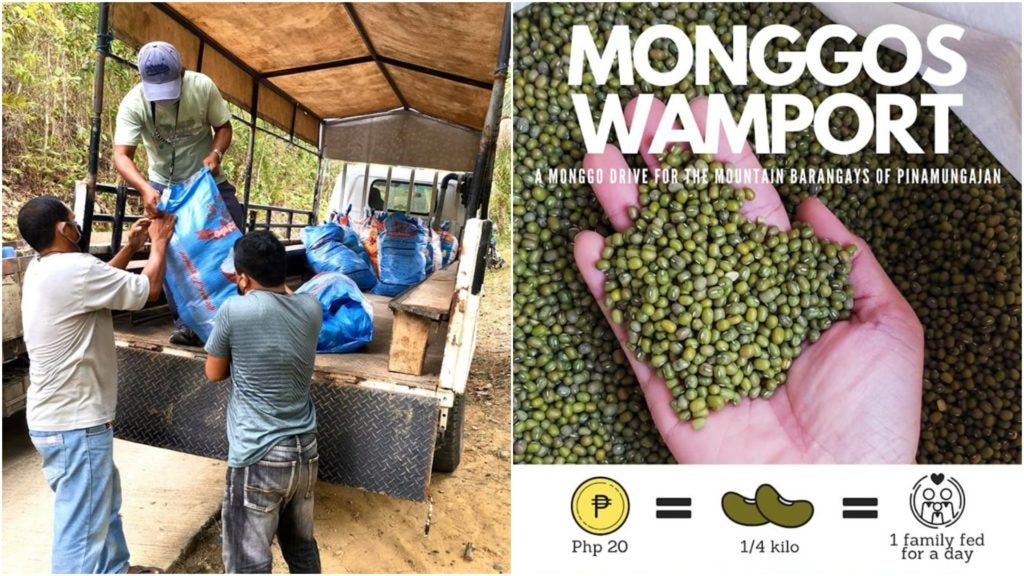 Niñal, the vocalist of noted Cebuano rockband Missing Filemon, shared to CDN Digital the reason behind putting up the campaign, which started April 6, 2020.

(Monggo because we noticed that most of the relief packs distributed to the people have canned goods and instant noodles, which are not that healthy. Monggo is healthy, you can cook it in different ways. A 1/4 kilo of monggos can already feed a family of 3 or 4 for a day. And most of all, it’s cheap. It costs only P18 to P20 per 1/4 kilo….P20 is not that hurtful to the pocket to those people who want to donate.)

Monggos (mung beans) are small, green beans that belong to the legume family.

Niñal said that the group’s beneficiary are those daily wage earners living in the mountain barangays in Pinamungajan town, especially those who lost their jobs due to the coronavirus disease pandemic.

Pinamungajan is around 56 kilometers southwest of Cebu City via the Naga-Uling Road.

Niñal said that with the help of the Tsinelas Group of Volunteers and the local government unit of Pinamungajan, they already distributed relief packs to 350 families in the town’s four barangays.

(The monggo drive doesn’t mean we only distrubute monggo. The monggo is only part of the relief pack that also has rice, canned goods, rice noodles, and more.)

To those people who wants to donate, Niñal said that they can send a private message to them or send it through different money transfer providers posted on his FB account. /bmjo