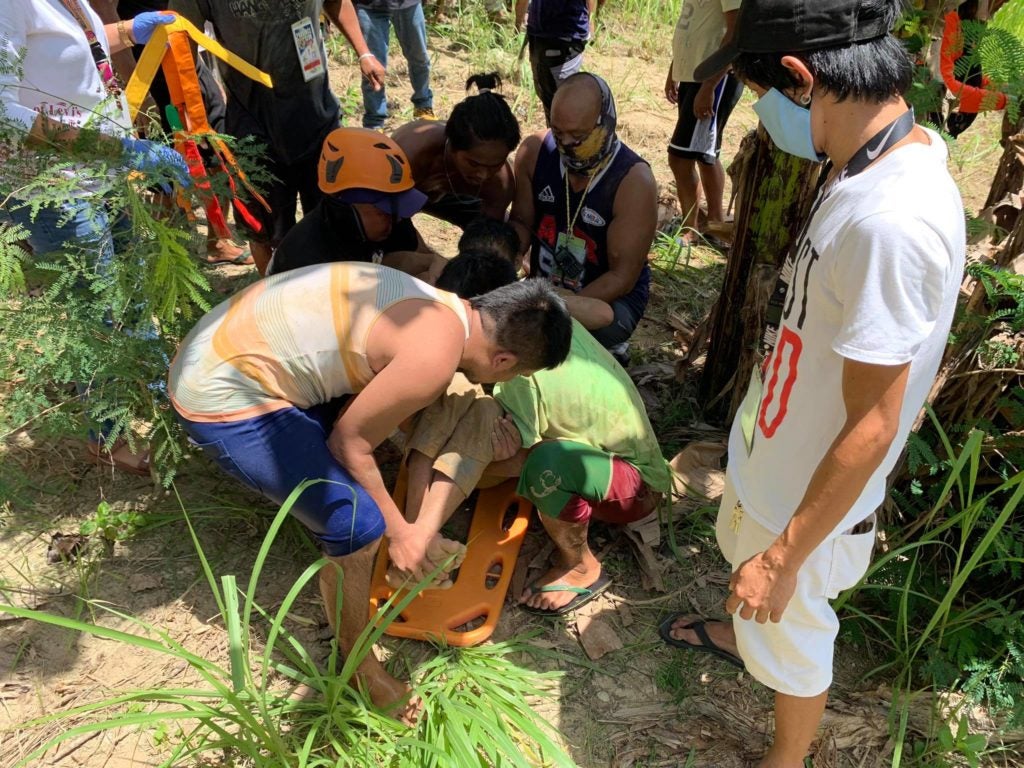 A 48-year-old man and his three children were rescued by the Dumanjug emergency response team after they were buried in a sand due to a mini landslide in Barangay Tapon, Dumanjug, Cebu Saturday morning, May 2, 2020. | Photo from Dumanjug Police

CEBU CITY, Philippines — A father and his three children were rescued by the emergency response team after they were buried by sand when a mini-landslide happened in Barangay Tapon, Dumanjug, a southern Cebu town, at around 9:50 this morning, May 2, 2020.

Police Major Adioleto Cabagnot, chief of Dumanjug Police Station, said that Rodrigo Rosello Pino, 48 years old, was extracting sand along the river in the area together with his two daughters and son whose ages are 10, 7 and 8 years old, respectively, when the sand above the area they were extracting from suddenly collapsed.

(It was raining in the early morning and the place where they dug and extract sand was formed like a small cave, which collapsed.)

The residents near the area were able to immediately report the incident which led to the quick arrival of the emergency team.

However, Cabagnot said that it took them almost an hour to rescue the victims since they were careful not to hit them while the rescue operation was ongoing.

Cabagnot said it was a miracle that no one was badly injured when the were all rescued.

The victims were then brought to Barili District Hospital for proper health checkup.

Cabagnot reminded the public after the incident that extracting sand or quarrying is illegal and those who will be caught ma face charges.

However, Cabagnot said that Rodrigo’s case would be further investigated as they were unable to ask him about what he was doing with the sand he has extracted.

Cabagnot also said that those who might be going out of their houses to work, should refrain from bringing with them minor children as the province was still under enhanced community quarantine (ECQ)./dbs