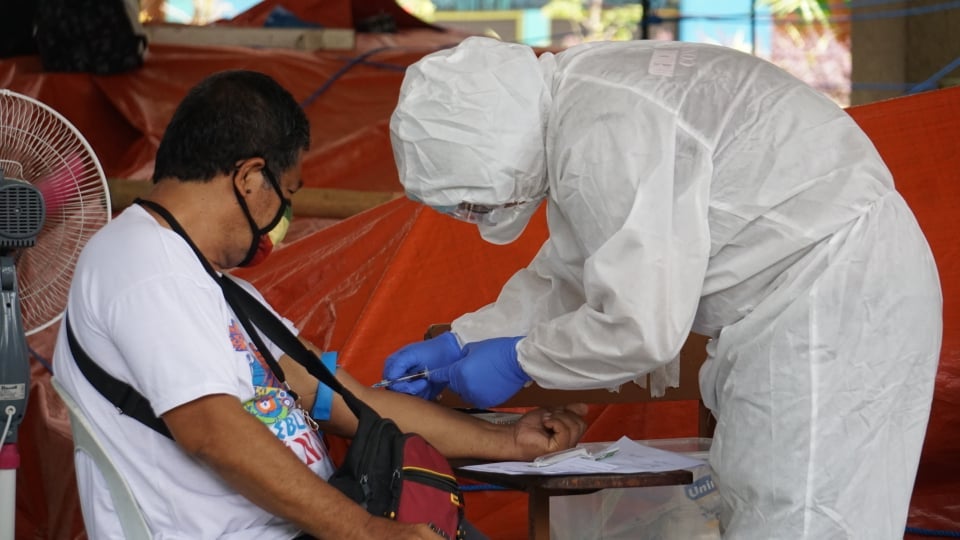 CEBU CITY—The mass testing component of the Project Balik Buhay is vital in tracing asymptomatic persons and prevent them from becoming ‘super-spreaders.’

The Project Balik Buhay is a collaborative effort of the local government units of the cities of Cebu, Mandaue and Lapu-Lapu and the Office of the Presidential Assistant for the Visayas (OPAV) as a strategy to determine which areas could be identified as green zones or areas with zero cases; orange zones (moderate cases) and red zones (high number of cases).

In an emailed press release, OPAV cited the City Epidemiology and Surveillance Unit (CESU) statistics, which showed that about 90 percent of the positive cases in Cebu City are asymptomatic.

Asymptomatic people are those who tested positive for coronavirus  2019 disease, but do not experience Influenza-Like Illness (ILI) or Severe Acute Respiratory Infection (SARI), OPAV explained.

These persons underwent testing as a result of the contact tracing following the ILI-SARI Surveillance protocol.

This would also mean that only 10 percent of Cebu City’s positive cases were symptomatic, or those with flu-like symptoms (ILI and SARI).

The testing results from persons deprived of liberty (PDLs) and the jail guards at the Cebu City Jail under the Bureau of Jail Management and Penology (BJMP) also showed the same situation, OPAV pointed out.

These figures prove that most of the people who test positive of the virus are unaware that they have been infected and have spread the virus to their families and communities, OPAV added.

The asymptomatic persons have become “super-spreaders” since they go on with their regular activities during the enhanced  community quarantine, going to the market, eating with their families and walking around the neighborhood, not realizing they have been spreading the virus.

Because of this situation, the local government units of the cities of Cebu, Mandaue and Lapu-Lapu, together with OPAV, recognize the importance of strategic mass testing to identify asymptomatic patients at the sitio (sub-village) level for proper management.

OPAV explained that LGUs have to look for asymptomatic persons by conducting the Rapid Antibody Testing so they could determine the extent of infection down to the barangay level and to control the spread of the virus.

The rapid testing kits, which will determine the presence of antibodies of a particular subject, will also serve as a conduit to the Reverse Transcriptase Polymerase Chain Reaction (RTPCR) testing.

Once a subject tested positive for Immunoglobulin M (IgM), a confirmatory test will be done through the RTPCR Testing (Oropharyngeal and Nasopharyngeal Swabs), which is considered as the gold standard for COVID-19 detection.

OPAV then called on tri-city residents to cooperate to this testing since currently, this is the most feasible and effective way of detecting the prevalence of the disease in the city, barangay, or sitio.

Due to the higher number of asymptomatic among the positive cases, Cebu “will always be one step behind in our fight against COVID-19 without the Strategic Mass Testing (through the Rapid Test),” the office added. /bmjo