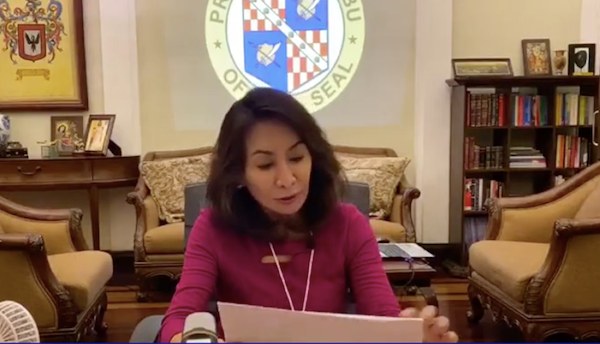 CEBU CITY, Philippines — At least 19 local government units (LGUs) in Cebu are given until Wednesday, May 13, 2020, to liquidate their use of the cash assistance that they received from the Cebu provincial government as aid for their constituents amid the enhanced community quarantine.

The Capitol, earlier in April, released P373.2 million of cash assistance to its 44 towns and seven component cities. The amount was divided among the LGUs based on their income classification and population.

Based on the guidelines that Governor Gwendolyn Garcia issued for the use of the cash assistance, the towns and cities were supposed to have already used it last April 30 to ensure that aid reaches the beneficiaries in their towns in time with the economic difficulties during the ECQ.

The Capitol started downloading the cash assistance to the towns on April 2.

Garcia said by this time, the towns and cities, except for Mandaue City that only received the cash aid of P18 million last May 5, should have already been able to liquidate the cash assistance.

However, Garcia said only 30 of the 44 towns and two out of the seven cities were able to submit their liquidation of their cash assistance in time with the deadline set last Friday, May 8.

The P373.2 million cash aid was from the province’s fund for assistance to LGUs. /bmjo