Nostalgia is a sentimental yearning for the happiness of a former place or time.

For some, music can be a strong trigger of nostalgia of adolescence and discovering one’s identity.

The soundtrack in the 1990s was dominated by bands such as the Eraserheads.

After its sold out performances last year, “Ang Huling El Bimbo” was made  available online for 48 hours over the weekend that has garnered 7 million views.

Ang Huling El Bimbo tells the story of three college best friends Emman, Anthony, and Hector who drifted apart in adulthood until fate reunites them due to the death of their friend, Joy.

Despite their  seemingly successful lives. they were never truly happy as they were haunted by Joy’s rape incident that had a profound effect on their adult lives.

For many, the  nostalgia of campus life is more than enough to see the show.

It was a showcase of iconic UP Diliman campus scenes and traditions from enrollment chaos, Oblation Run, Lantern Parade, UAAP, rallies,  classroom rowdiness, endless rendezvous, romance, and most significantly our dorm life.

The dorm was another classroom where we  learned the value of give-and-take, cooperation and mutual respect in dealing  with a variety of personalities and characters.

Buddy Zabala and Raimund Marasigan were my roommates for two years at the Molave dorm during my last college years from 1989 to 1991.

Our room, with high ceiling and huge windows, was at the end of the second floor of the Molave boys’ wing with the  original room number replaced with  “AS 101”.

I usually go out every time our room was used as their “practice area”  since I could not study due to the “noise” they were creating. It was beyond my comprehension that the “noise” that I tried to avoid made them known as one of the most successful and critically-acclaimed bands in OPM history earning them the accolade “The Beatles of the Philippines”. 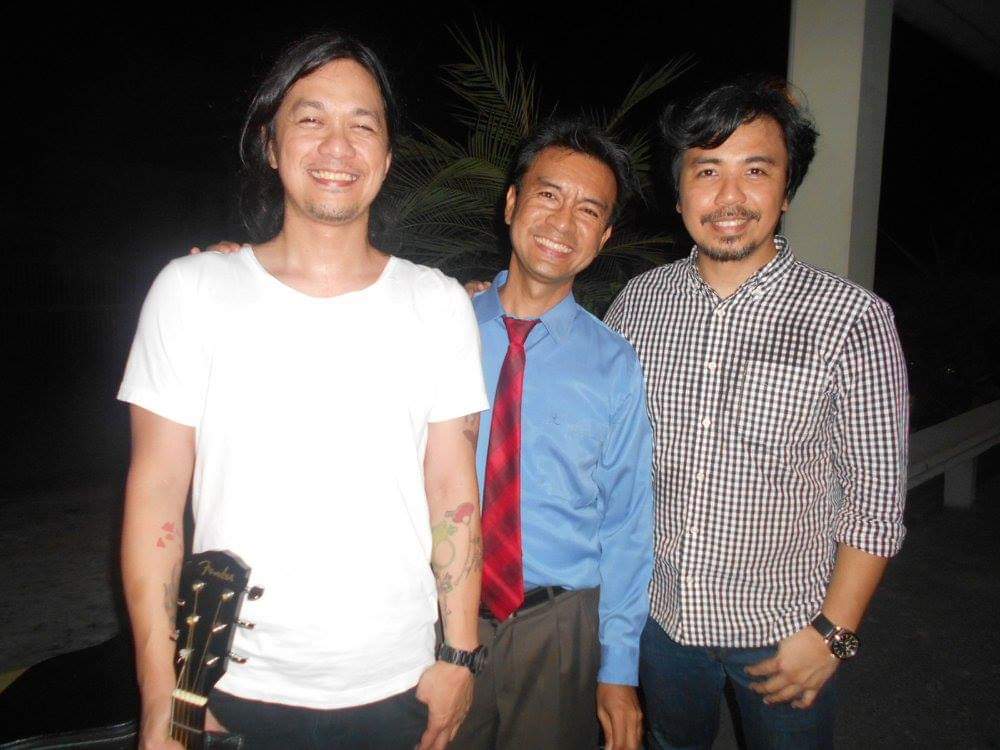 UP is  also short for “University of Pila”.

Surviving both the academic rigor and life challenges involves the infamous UP queues during enrollment which is a test of will, stamina, patience and tenacity. It serves as a rite of passage as it pushes everyone to the limit.

With queues snaking through both sides of the building’s hallways, stairwells and floors, students are trained  to outwit, outplay and outlast their fellow slot seekers.

I likewise had my share of Emman’s student life as a probinsyano who became an activist. He held the placard “Edukasyon para sa lahat” in the end of the CMT segment.

Perhaps my mother knew that I would sooner or later be part of the student movement, as I became  the chief photographer of Philippine Collegian and other activist organizations.

Of all the rallies I covered, the  dispersal of the May 14,1990 anti-US-Bases rally at the Central Bank was the most memorable. I suffered a head injury when  a teargas cannister hit my head causing lacerations that needed seven stitches. While at the hospital, I called my mother and greeted her “Ma, Happy Birthday. Please pick me up here at PGH. ”

UP is a microcosm of the larger society. Students have always been one of the largest, most vibrant forces of the social movements.  Lean Alejandro once said “the students are in a position to serve as catalysts in social transformation.”

Ang “Huling El Bimbo” may not be perfect. Some noted the lack of depth on how it touched the dark issues of rape, prostitution, abuse, drugs, marital strife and violence.

One interesting facebook posting gave  an allegory : “When the media (Hector) fails to deliver the truth, when the government (Emman) fails to keep its promises, and when the rich (Anthony) fails to understand the poor’s struggles, the less-privileged (Joy) will continue to be oppressed. Even if they try to rise above.  They will keep on sinking in the quicksand if they will not have something to hold to, if those they hope  will help them will continue to turn a blind eye. If we don’t break this cycle, the world will continue to be bleak for the next generation (Ligaya)”.

It was  a nostalgic journey  driven by songs that have become part of our adolescent lives when we were pursuing both academic excellence and progressive thinking.

College life taught us how to persevere, be patient and be grateful for small blessings.

The musical is  a reminder that we should not only reminisce the innocence and enthusiasm of our youth but we also have to look at the Joys in our lives.

Kule is the monicker of Philippine Collegian, the official student publication of UP Diliman. Atty. Dennis R. Gorecho heads the seafarers’ division of the Sapalo Velez Bundang Bulilan law offices. For comments, email [email protected], or call 09175025808 or 09088665786). /dbs

Read Next
BREAKING: Tropical Cyclone Signal No. 1 up in parts of Samar