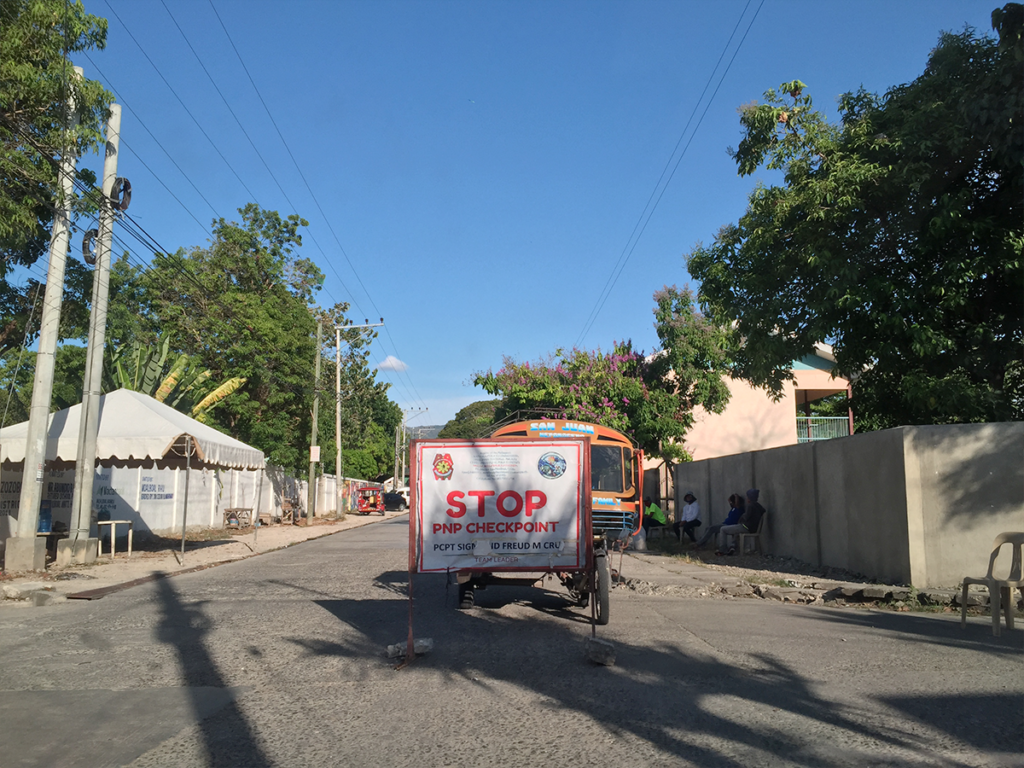 The local government unit of Moalboal places checkpoints along the roads in each barangay as one of the measures to prevent the spread of the covoravirus disease 2019 (COVID-19).

CEBU CITY, Philippines — Violators of curfew and those going out without passes have been decreasing around Cebu Province especially when the general community quarantine (GCQ) was implemented.

Police Colonel Roderick Mariano, chief of Cebu Police Provincial Office (CPPO), said that at least 30 individuals arrested around the province for violating the curfew and going out without passes as well as those who were caught drunk outside their residences since the start of the GCQ implementation last May 20, 2020.

Mariano said that these numbers were already decreasing compared to the ones before where the CPPO could tally more than a 100 arrested per week.

The continuous strict implementation of rules and regulations despite being under GCQ has helped disciplining the public.

(We still catch violators. It is just that there are just our fellow Cebuanos, who are really hard headed.)

Mariano said that the police were also relentless in informing the public about the regulations especially the wearing of face masks, bringing of their passes, and practicing social distancing during their patrols in barangays and even in each quarantine control points (CCP).

Policemen in each town around Cebu were also active in giving face masks to those who were caught not wearing one to make sure that the individuals would heed the rules next time they go out./dbs

Labella to IATF: Will Cebu City be under MECQ, MGCQ, or GCQ?