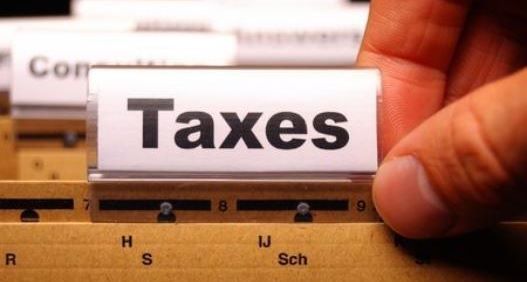 MANILA, Philippines — With the government expecting to spend trillions more than it earns over the next two years, the country’s economic managers are studying ways to raise more funds, including getting their hands in our digital wallets.

According to projections of the Department of Budget and Management (DBM), the government’s budget deficit will likely balloon to P1.563 trillion this year, P1.429 trillion next year, and P1.181 trillion in 2022, from P660.2 billion last year.

These unprecedented budget gaps are due to the government’s response to the coronavirus disease (COVID-19) pandemic and the National Economic and Development Authority (NEDA) has been looking at how to plug them.

One of the ways is to cash in on the digital transactions that seem to be booming as people remain locked up in their homes.

“Having a clear and efficient tax regime for the digital economy will be critical,” said Finance Secretary Carlos Dominguez III. “More and more taxable transactions shift from traditional means of doing business to more virtual avenues, a trend accelerated by COVID-19.”

Dominguez noted that “taxation in the digital economy is being seriously considered not just in the Philippines but in other countries as well.”

“Indonesia is already taking steps to bring the digital economy into its tax base. Other countries in the region, such as Singapore and Malaysia, already cover some digital services in their sales tax bases,” he added.

Dominguez said the Department of Finance was studying Salceda’s bill “very carefully and looking into what parts of the digital economy should be taxed.”

“There are no new taxes and no increases in existing tax rates in the bill and Salceda has clarified that it is the tax base that he wants to expand. Dominuguez said.

“We are studying how the bill will fit in our tax administration system, and which enhancements in our revenue regulations would be necessary should the bill pass into law,” he added.

In its planning paper “We Recover as One” released over the weekend, NEDA said the government might also increase local and foreign borrowing to help its financial situation despite the risk of hiked interest rates.

NEDA director-general and Socioeconomic Planning Secretary Karl Kendrick Chua said the government was looking at infrastructure projects that would be “most impactful” on jobs and the gross domestic product.

NEDA also agreed that turning to the digital economy would be the way to go and proposed new investments to improve the country’s digital infrastructure.

NEDA urged financial institutions “to invest in digital infrastructure and implement better cybersecurity measures and regulations” as the government hastens the implementation of the national ID system to ease digital transactions.