Teasing about Silawan’s death may have triggered Llenes – BJMP investigator 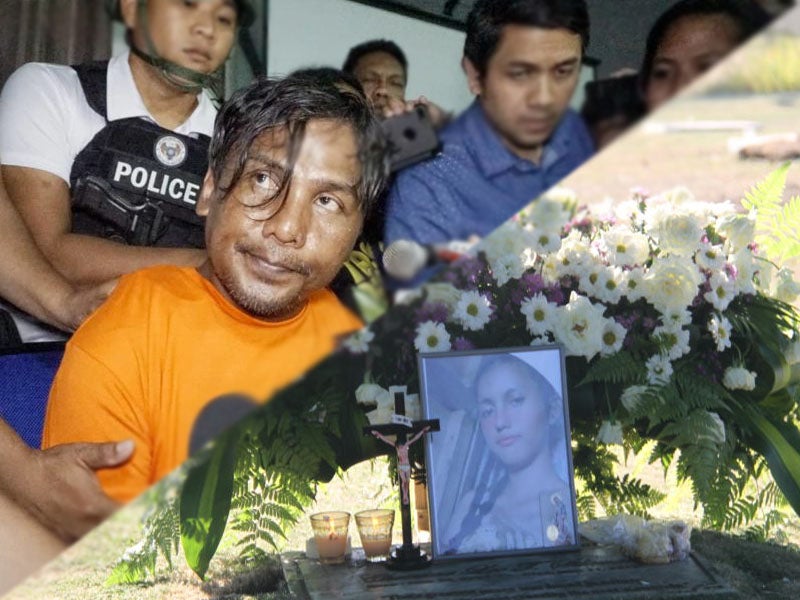 The death of Renato Llenes, the suspected killer of Christine Lee Silawan has technically closed the controversial case but justice for the teen victim has remained undelivered. | CDN Digital File photos

CEBU CITY, Philippines — The death of Renato Llenes, the suspect in the killing of Christine Lee Silawan, could be suicide as some of his behaviors showed signs of distress, an investigator assigned to the case said.

Jail Officer 1 James Balabat of the Lapu-Lapu City Jail Male Dormitory, who was assigned to investigate the case, said Llenes exhibited strange behavior prior to his death.

Balabat’s view, however, was contradicted by Jail Warden Superintendent Jessie Calumpang, who aired his suspicion that foul play could be involved in Llenes’ death.

Police Colonel Benjamin Lara, the medico-legal officer in his report, said that Llenes died due to asphyxia by ligature.

In an interview with CDN Digital, Balabat said that one odd behavior that Llenes showed during his incarceration as narrated by the other persons deprived of liberty (PDL) and which strengthened his belief that the suspect committed suicide, was when Llenes would be seen curling up in the corner of the prison cell when he is being teased about the death of Silawan.

“They said that there were times when they tease each other, he (Llenes) would suddenly curl up in the corner and then would seem to shiver,” said Balabat.

He added that Llenes could have already been experiencing mental health issues but that this was not accorded prompt action as no one reported his bizarre behavior to authorities.

Balabat said that the jail officers also would not have suspected anything since the jail facility has a therapy program designed to strengthen the PDL’s mental health.

“Maybe the teasing drove him to do that,” said Balabat.

Llenes was found hanging inside the comfort room of the infirmary cell at around 6 a.m. on Sunday, May 24, 2020.

Ruling for the cause of death

Calumpang has ordered a thorough investigation of the incident maintaining his belief that foul play could be behind Llenes’ death since he said there were suspicious circumstances that made the suicide angle questionable.

One of them would be that Llenes was clean and found without traces of saliva or vomit when his body was found.

However, Colonel Lara, told CDN Digital in a phone interview that vomiting is uncommon in cases of suicide by hanging.

“Vomiting is not common in suicide by hanging, for the tongue to come outward, it may only be possible if the material used was thick but for this case, he (Llenes) used a thin material,” said Lara.

“Whether this is homicidal or suicidal hanging, that will now depend on the investigation, basta yung sa atin consistent siya na asphyxia by ligature na tinatawag,” he added.

Lara added that the death of Llenes showed no signs of a struggle and if ever the case was indeed homicidal, Llenes would have been able to put up a fight. /rcg