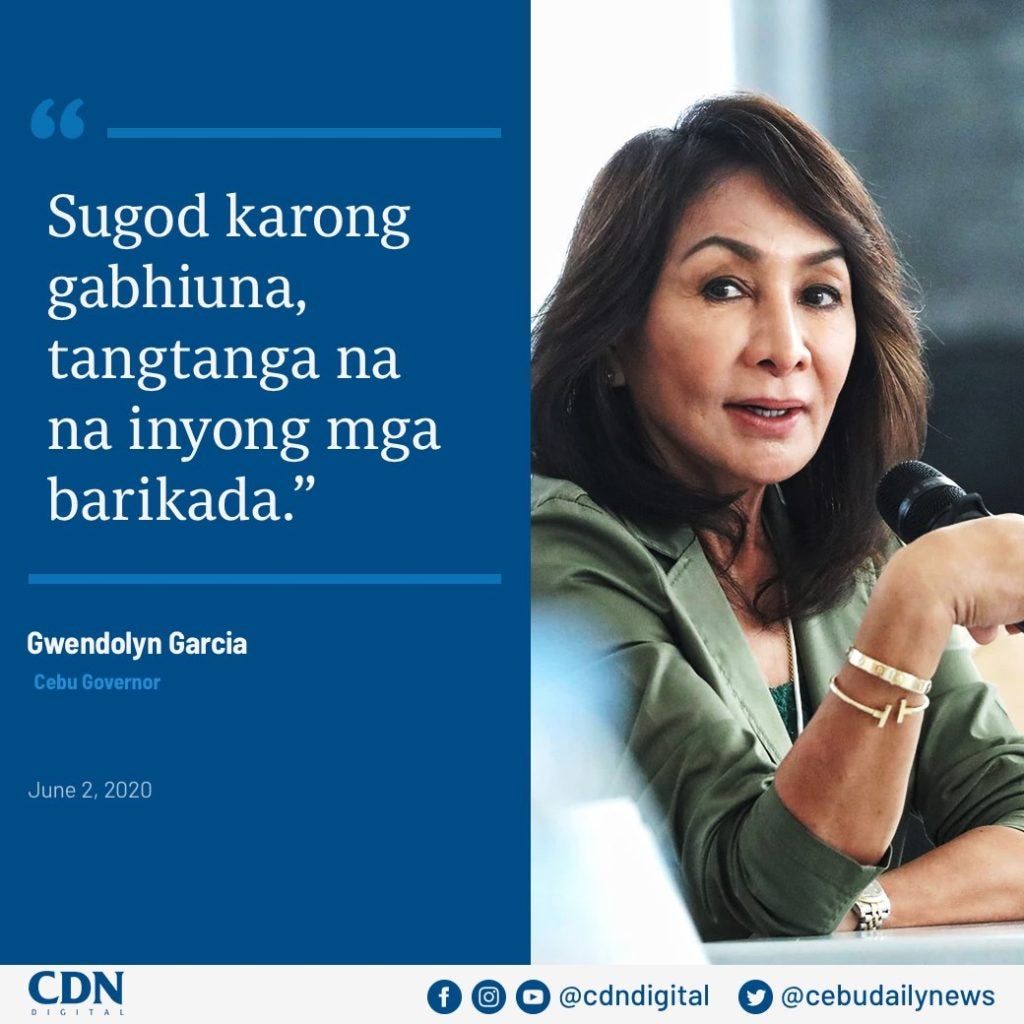 This is what Cebu Governor Gwendolyn Garcia said as she ordered the removal of all barriers and sitio (sub-village) checkpoints in Cebu province effective Tuesday evening, June 2, 2020.

Garcia made the move after a repatriated overseas Filipino worker (OFW) was allegedly mistreated and denied entry to the sitio in Barangay Panalipan, Catmon town, where his house is located, on Monday evening, June 1.

Garcia said the repatriated OFW was quarantined in Manila, tested negative for the virus, and was further quarantined here in Cebu City prior to being transported to the northern Cebu town using the local government unit’s ambulance.

When the OFW was denied entry to the sub-village, Garcia said the OFW called up the Capitol to seek help.

According to the governor, the barangay officials wanted the OFW to stay in the barangay isolation center even if  his house was already checked by authorities and was approved for home quarantine.

Under Garcia’s Executive Order 17-C, a repatriated OFW is only asked to stay up to five more days in Cebu City, facilitated by the Overseas Workers Welfare Administration (OWWA), in order to give time to the receiving LGU to explain to the community that the arriving OFW has already tested negative for the virus.

Garcia, who talked to the barangay captain to explain the status of the OFW, said she could hear from the background that the councilman was insulting and cursing at the repatriated OFW.

Because of the incident, Garcia said all sitio barriers and checkpoints should already be removed. She said the setting up of the barriers is starting to become a source of abuse of power.

Only the legitimate checkpoints installed by the Philippine National Police (PNP) should remain.

Garcia added that during the meeting with the mayors last Saturday, May 30, it was already agreed that the areas within Cebu province are to be borderless starting Monday, June 1. /bmjo

Read Next
On second day under GCQ, public transportation still a problem