Over 3,700 beneficiaries have returned cash aid due to duplication – DSWD 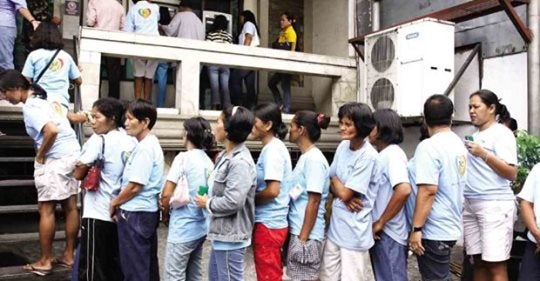 MANILA, Philippines – So far, 3,723 beneficiaries of cash aid under the Social Amelioration Program (SAP) have returned the money due to duplication of social aid provision, the Department of Social Welfare and Development (DSWD) said on Monday.

The DSWD said in a statement posted on its website that this corresponds to P20.3 million of the first batch of SAP funds released for low-income families affected by the COVID-19 lockdown from March to May.

This was generated from the validation and deduplication process done by the DSWD — which it deemed necessary before releasing the second tranche of the program, supposedly due last May.

“As of June 5, the Department has reported that some 3,723 beneficiaries have returned more than P20.3 million to DSWD due to duplication of assistance received from other government agencies or ineligibility,” the DSWD explained.

Aside from these, 179 local government units (LGUs) also refunded P324.4 million worth of untapped emergency cash assistance — which will be included in the funds to be used for the second tranche of the aid.

Earlier, DSWD spokesperson Irene Dumlao said that the department was ready to distribute the second tranche, but the completion of the first tranche validation reports should be done first.

DSWD has insisted several times that this is necessary to determine who is still eligible to receive the next wave of assistance, as duplication — or persons receiving various forms of assistance from other implementing agencies — would quickly deplete its funds.

“The department is ready to give the second tranche although we need to finish the validation as to recipients’ eligibility and the deduplication process,” Dumlao said in Filipino in a message to reporters.

The DSWD said that beneficiaries who are required to refund the SAP can approach the cashier’s office of the agency that made the payment, possibly the barangay treasurer or the municipal or city treasurer.

The DSWD field offices can also process the refund.  But regardless of which office would process it, a receipt should be provided to certify that the refund had been made.

“The collecting office must issue an official receipt (OR) to the beneficiary making the refund, which includes the name of the payer and the amount of money being refunded,” DSWD said.

“If the refund is being made at the barangay level, remittance of the collected refund must be immediately processed to their respective municipal/city treasurer within 15 days or based on its standard protocols,” it added.

Read Next
The story of a seafarer COVID-19 survivor