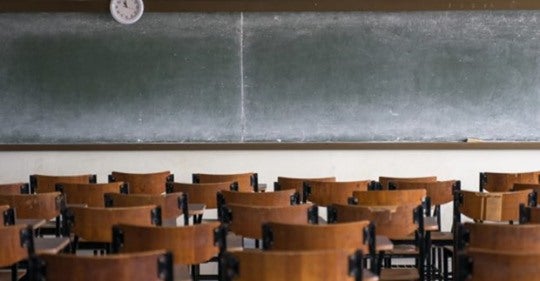 MANDAUE CITY, Cebu – The Department of Education (DepEd) is putting up drop boxes or kiosks in the different barangay halls and public schools in the country starting this Tuesday to make sure that every student will be enrolled for the incoming school year.

Under its dropbox system, parents who do not have access to online enrollment can drop the duly filled up Learner Enrollment Survey Form (LESF) of their children into the designated dropbox or kiosks.  The LESF will also be picked up by school representatives.

“As we continue to prepare for a challenging school year ahead of us, the Department of Education (DepEd) maintains its commitment of ensuring the safety of our learners, teachers, and parents in these difficult times, education officials said in a statement that was released on Monday, June 15, 2020.

DepEd said that despite the pandemic, at least 10 million learners nationwide had already registered remotely during the first two weeks of the enrollment period which started on June 1.

“With this development, we reiterate that we are one with the President in saying that the health of our learners is non-negotiable and no face-to-face classes will be conducted until the safety of all is assured,” the education department said.

However, they also recognized that there would also be those learners and their parents who would not have access to online enrollment.

“Moving forward, we will continue to conduct remote enrollment while we will open the dropbox system of enrollment, which will be ready starting tomorrow (June 16) as provided in DepEd Order No. 007, s. 2020. These dropbox/kiosks, which could be found in barangay halls or schools, will be set-up only for picking up and dropping-off the Learner Enrollment Survey Form (LESF).”

The following guidelines will be implemented under the agency’s dropbox system:

• Drop box kiosks will only cater to those parents who do not have access to remote enrollment either through text, call, online, and social media but wish to enroll their child.
• Only one household representative with quarantine pass will be allowed to go to these kiosks.
• Parents and guardians needing assistance are advised to seek help from their respective barangay leaders on how to go about the process
• Parents and guardians must be familiar with the advisory of the school or barangay on designated pick up and submission points before going out

“We have recently set out instructions to our regional offices in order to manage a safe and smooth enrollment process. In this regard, we have received updates from our Regional Directors on various feasible arrangements, which they have been preparing for and coordinating with local officials since the start of enrollment,” the DepEd statement said.

It added that instructions have also been given for school officials to coordinate with barangay officials on the distribution and retrieval of the LESFs.

“To ensure that minimum health standards are met, markings and signage will be in place to ensure proper social distancing while teachers and personnel stationed at the enrollment kiosks will be provided with face masks and disinfectants during the course of the enrollment process.” / dbs