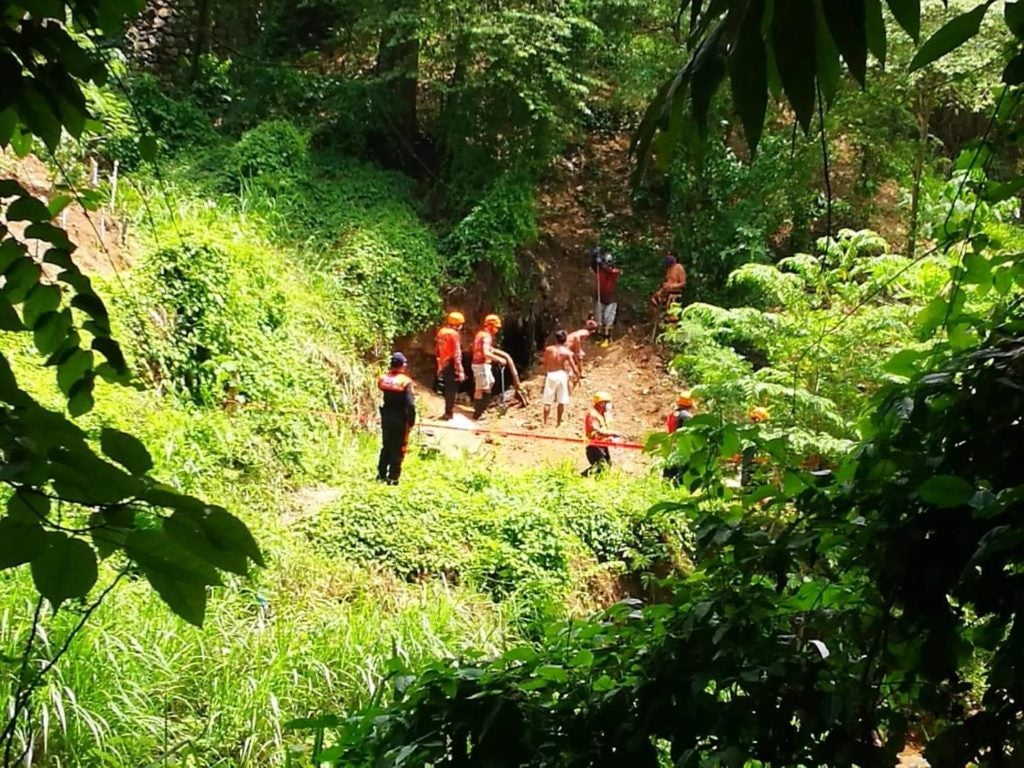 Rescuers try to retrieve the bodies of two men, who were buried after the tunnel they built to extract sand collapsed on Sunday, June 21, in Sitio Ylaya, Barangay Talamban, Cebu City. | Photo courtesy of Paul Lauro

CEBU CITY, Philippines — Rescuers have retrieved the bodies of two persons, who were buried after an improvised tunnel for illegally extracting sand collapsed in Sitio Ylaya, Barangay Talamban, Cebu City, this morning, June 21, 2020.

Barangay Talamban Chief Dario Arcilla told reporters that they had found the bodies of the two persons after more than five hours since it was reported.

Arcilla identified the two dead persons as Erwin Cadampog, 17, and Ramy Cadampog, 28, who were also residents of the area.

Based on the initial information gathered, the two men went to the tunnel to collect sand to be sold when the tunnel suddenly collapsed.

Arcilla said that it took about five hours for the rescuers to find the bodies because the two victims were about 20 feet away from the entrance of the tunnel.

(They were extracting sand 15 meters away from the river because the sand there were good to be extracted.)

Arcilla said extraction of sand in the area was illegal and Barangay Talamban had been strict in arresting those who would be caught illegally extracting sand there.

However, the people tasked to catch people extracting sand in the barangay failed to catch these two men, who died in tunnel collapse, because the tunnel they built were farther away from the riverside. /dbs